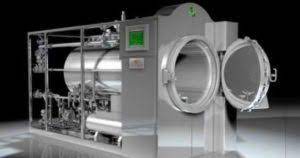 It’s not every day that something that happens with a funeral gets publicity around the world.  However, like in other events in the history of the world, there are points that you can look back on in retrospect and say that they could have been turning points in society mores.

As I’ve been searching for Funeral Director Daily articles in the past week I’ve been amazed at the number of articles around the world that have dealt with the death care wishes of Archbishop Desmond Tutu of South Africa.  As you may know, the South African human rights activist died on December 26, 2021.  It was later revealed, as you can read in this article, that the final disposition of his human remains was alkaline hydrolysis, called by some “aquamation”.

As you can read in this article from Essence, it apparently was Archbishop Tutu’s choice as he wanted an “Eco-friendly” disposition.

Since I’ve read these stories on a world-renowned celebrity choosing a form of death care disposition that was not in, what one would call the mainstream of death care, I wondered if this choice by Archbishop Tutu will have an effect on the progress of alkaline hydrolysis as a more mainstream form of human disposition.  We certainly don’t know that today, but we might be able to look back at some point in the future and realize that this publicity helped move the process of alkaline hydrolysis into the mainstream of human disposition.

In a historical context it could be argued that the death and funeral choices of President Abraham Lincoln helped move the process of embalming a loved one into the mainstream.  It could also be argued that the Lincoln death accelerated the concept of “undertakers” moving into a more professional role with funeral homes taking on a more prominent role in death care.

You may know that President Lincoln was assassinated on April 15, 1865.  On April 21, 1865, his casketed body was loaded onto what has become known as the “Lincoln Special”, a train that made its way to Springfield, Illinois, for Lincoln’s burial some 13 days later on May 4, 1865.  In between, Lincoln’s body was mourned in 180 cities. . . with a public viewing at 13 of the stops according to this article.  This would not have been possible without embalming.  Here is a short article on Lincoln’s journey from Washington, DC to Springfield, Illinois, from the History Channel.

I might also argue that the death and public cremation of India’s Mahatmi Gandhi in 1948 brought the thought of cremation to many, including United States citizens, who by that time were traditionally ensconced with the process of earth burial carried out by funeral homes and funeral directors.

So, I don’t know if alkaline hydrolysis will move into the more mainstream of the American funeral process, but the publicity it is getting in the secular press because it was the choice of Archbishop Tutu can only enhance its positive movement among the masses.