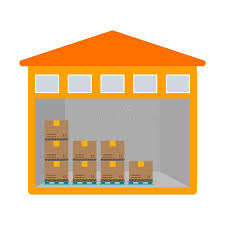 Over the last few days and weeks we have seen a surge in COVID related deaths in areas that had not necessarily had a surge in them yet.  Over the course of the past ten months we have seen peaks and valleys in different localities during the course of this pandemic.  We’ve also seen recent articles on how funeral homes are handling the surge in cases as they sometimes multiply to 3, 4, or even five times their normal rates of death call cases in these surges.

We’ve also seen much more interest by the public and by journalists on how funeral homes are caring for this increased rate.  From our point of view we see local funeral home owners, managers, and employees going above and beyond in their care for families . . . .sometimes making do only with what they have readily available to them.

At Funeral Director Daily we’ve also noticed that those businesses, sometimes in combination with their local government authorities, that have been proactive in their efforts seem to be faring better with the press.  One of those areas where we see this is the humane storage of the deceased prior to the disposition of the individual.

It was evident early in the pandemic when a New York funeral director put refrigerated semi units in his parking lot that that was not seen as a humane response to his dilemma of too many bodies and too little time.  In his defense, those deaths came so fast that he virtually had no time to plan.

We’ve linked a couple of articles here that show some thought in trying to handle this difficult reality of pre-disposition storage.  You will see an article from San Francisco where an owner increased his funeral home’s capacity, an article from Las Vegas where Clark County is loaning coroner’s storage units to funeral homes, and an article from Minnesota where the governor used part of his state’s emergency COVID dollars to purchase a refrigerated warehouse for the benefit  – of all funeral homes.

Funeral Director Daily take:  There is no lack of ingenuity in the thinking here.  Adding refrigerated units, borrowing units, and the state purchasing a warehouse are, in my opinion, all good “get in front of it” responses to this unique problem caused by the pandemic.

I live in Minnesota and was actually called by a state legislator in Minnesota back in May when this warehouse was a thought process by  our governor.  The legislator wondered if it was “necessary” spending.  My comment was, and this happened on the heels of the New York semi-refrigeration units in service that were not well received, is that it would be best to be prepared rather than ill prepared and face the wrath that was in New York state at the time.

This brought me back to the time when I served on a H1N1 bird flu epidemic future based task force back in about 2010.  I can remember the leader asking me how many “storage spaces” we had in Douglas County — my home county of about 40,000 people.  I answered two – and he asked how many bodies they each held.  –  I had to clarify my answer and say we had two spaces. . . TOTAL!  They were at the county operated hospital.

The inventory for the state of Minnesota was that we had about 2,000 spaces total for a population of 5.3 million people and 60% of those spaces were in the Minneapolis metropolitan market with only about 800 spread around the rest of the state.  So, we felt that we were woefully inadequate for  a pandemic.  Solutions at that time included refrigerated semi-trailers and the use of all hockey arenas that could have deceased who had been body bagged laid out on the ice surfaces.

It’s amazing to me because as we were going through these future possibilities, they seemed so far removed from ever happening.  And, yet today and for the past 10 months, we have been living in the exact circumstances that the task force planned for.  It’s reminded me, anything can happen.

So, if you haven’t been hit hard with COVID deaths, my take is that you are lucky.  However, if you have not planned how you would handle an increase of 3 to 5 times your death case volume, you need to have a plan ready so that you inspire confidence when viewed by the consumer and journalist public.