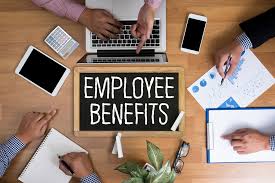 On Tuesday the Hormel Corporation announced a new employee benefit available to all United States Hormel Corporation employees.  This benefit, that they are calling “Inspired Pathways”, will pay for two-years of community or junior college tuition for all children of the aforementioned Hormel employees.

You can read an article from the Minneapolis Star Tribune here or a shorter article from Minnesota CBS Local here.

Here’s what Hormel Corporation CEO Jim Snee said of this decision, “. . . . .we are going to make the dream of a college education a reality for the children of our team members. When you think about how a college education can change lives and start a ripple effect that will be felt for generations, that’s the change-maker Hormel Foods wants to be,”

I also believe that I have a unique perspective on this issue as a Hormel Corporation stockholder and a board member of our state’s Land Grant university, the University of Minnesota.

I also pulled out this article from the Robert Half Corporation which lists both the five most common employee benefits and the five most common perks for employees.  You will notice if you look at this article that it is no surprise, that in today’s day and age, health insurance and paid time off are the top two benefits and flexible scheduling and paid parental leave are the top two common perks.

Funeral Director Daily take:  Like with so many other topics in my life, I matured over time with my thinking about employee benefits and perks.  As a young executive, and this goes back 40 years, I would say my mindset was to try to save the funeral home money and give employees the minimum benefits available.

I eventually came to believe, as I matured, that a full-team satisfaction with our benefits produced a better team effort on the behalf of our client families and a better business model at the funeral home.  At the end of the day, when I left management, we had health benefits, paid time off, a cafeteria plan that allowed for child care or clothing allowances, and had added a non-discriminatory (employees received the same percentage of salary distribution as management in the plan) hybrid retirement savings plan, and an employee bonus system based on the number of calls the funeral home did annually.

As to the Hormel decision, I think it is a bold step, however, the raw dollars in the benefit amount may end up being less than you may believe.  My simple calculations indicate that at an average Minnesota Community College tuition rate of about $5500 (you can see a schedule of Minnesota college tuition here) and each Hormel worker had, on average, two children, in today’s dollars the cost to Hormel for this benefit would max out at about $22,000 total per employee over the employment history of that worker. (Not inflation adjusted)

When you put that next to what Hormel will be paying annually in health insurance costs for employees and then multiply that over the lifetime the person is employed, this tuition payment may prove to be not as big a burden on Hormel as it looks and it may very well help them in attracting and retaining valuable workers.  And, depending on the legal and tax implications to the company, Hormel may be able to set up a deductible endowment type of account to pay these expenses in the future.  I’m not an accountant, but I’m guessing that deductibility on this type of “future student tuition” may also save Hormel federal tax dollars.

In this case it appears that Hormel Corporation has came up with a great employee benefit at a cost that appears affordable that especially benefits the many first generation Americans that may work in their plants.  Education can be the neutralizer that moves the children of those first generation American workers up the economic ladder.  And. . . . moving up that ladder has been what America has always been about.