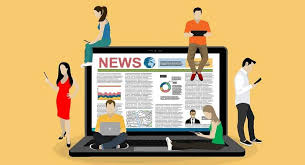 Recently Apple was named the sponsor of this year’s Super Bowl halftime show.  They will be replacing Pepsi, who has been the sponsor for several years.  It occurred to me, and it was not surprising, that this is the business of new “information technology” replacing the old standardized American “product innovation, manufacturing, distribution” business of days gone by.  Here is a short article about the change.

It wasn’t the only “change” I noticed recently.  Just on Friday, we printed a story about California becoming the 5th state in the country to legalize Natural Organic Reduction (NOR), or what some refer to as “human composting” as a means of human disposition.  From my point of view, I see that choice moving forward to being offered in state after state as the idea rolls into a trend and into the mainstream. . . allowing for more choice for consumers.  And, alkaline hydrolysis as another means of human disposition, in my opinion, will continue to grow in consumer preference also.

It’s certain that the changing landscape of human dispositions from earth burial to cremation, to natural organic reduction, to alkaline hydrolysis will in some way change the way the purveyors of death care — funeral homes and crematories — do business.  I don’t know exactly how the future will play out, but suffice it to say, there will be changes in consumer behavior and choices.

In addition, how those death care businesses acquire their consumer clients is also changing and we need to understand that it is a different world than when I grew up or when I was in business also.  Forty years ago people read the local newspaper, listened to the local radio, and watched the local television news to find out what was happening in the world.  And, because those mediums were where the eyes and ears were trained on it was the logical place to advertise and inform consumers of your business.

In another sign of the different world we live in today, this recent article from Pew Research indicates that over half of all Americans (53%) now “prefer” to get their news on a digital device.  That is followed by 33% who “prefer” television, 7% who “prefer” radio, and 5% who “prefer” print media.  As a business owner who needs to communicate the value of your business to the potential consumer, you need to know where those consumers are. . . . . and, it has became a whole different world in that realm too.

Of those who “prefer” to get their news on digital devices such as computers and smart phones, they look to news websites for the content most often (25%), to search engines (18%), to social media (17%), and to Podcasts (6%).

The amount, almost one out of five,  that prefer to get news on social media is interesting to me.  Simply because you can pick and choose who you want to follow or group with on social media sites such as Twitter and Facebook.  Because of that phenomena many people only get one slant on the news because they align or follow their own personal value content providers and shut out the other viewpoint.  That thought alone makes hope for the political compromises our country used to see in Washington, DC, seem a long way off.

It also brings home the point to me that even if you have a preference from whom you receive social media news, if you only use that content provider for your funeral home messages, you may be missing 50% of the audience.  I don’t think that political content affiliation is the best means of advertising in our business.  It seems to me that if you follow that reasoning, you may be missing 50% of your target audience.

The Pew Research paper points out some interesting facts such as that more men prefer Twitter and more women prefer Facebook for their “Regular” news consumption.

I also find that these preferences are somewhat moving numbers over the three years that Pew Research has looked into the numbers.  I think that may indicate that “loyalty” is not what it once was and consumers are easily moved from one content provider to another.  It’s a little bit different that many in my generation, such as myself, who has had an over 40-year subscription to my local daily newspaper – and continues to read it day after day.

And, I think that loyalty bit does not only apply to how a consumer consumes their news information.  Getting back to the beginning of this article. . . . .that loyalty thought process, or lack of it,  may also surface if your death care business does not provide an alternative disposition option that is being looked at by the consumer.

More news on the world of Death Care:

Enter your e-mail below to join the 2,892 others who receive Funeral Director Daily articles daily: