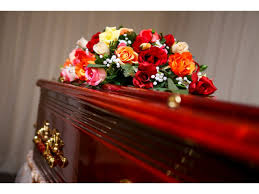 Today we bring you this article from the Brisbane (Australia) Times which looks into the final dispositions of people in the Queensland area of Australia as certified by the Attorney-General’s annual body disposal data.

Times continue to change in Australia as one funeral director says, “There was a time when families would come and we would ask if they wanted an Anglican service or a Catholic service.  Those days are gone and we now live in a very personalized society.  Lots of people want different things these days, they want to have choice.”

Today the overwhelming choice of final disposition for those in Queensland is cremation with almost 75% choosing that option.  Just 23% chose traditional burial in the last year and about 5% chose “Other”.  Part of the “Other” category includes body donation.  It should be noted here that while cremation is up, so is the “Other” category. . . . from about 1% in 2014 to about 5% in 2019.

One funeral director says that choice is a big reason why cremation is chosen.  Some families want to scatter remains, some want to wear cremation jewelry, and some want to bring ashes to favorite places such as Ireland, Wales and other parts of the United Kingdom where the family may have originally came from.

However, that same funeral director also points out that, in her opinion, cost is another factor that weighs heavily on consumer minds.  For instance, a burial plot in Queensland can cost AU$5000 ( US $3300) and many times a cremation service may be less than AU$1000 (US $670) for the entire service.