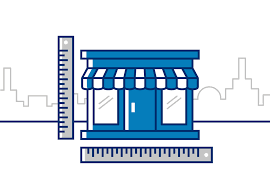 We commented on an article about what an author called “Big Funeral” in last Friday’s edition of Funeral Director Daily.  While I told you I didn’t agree with much of the article from Wired, I thought it was a pretty good read and, at least, one author’s not so great opinion of the death care profession.

The article, and some of its reference points, made me do a little more research on “What is the state of funeral homes in North America?”  The article about “Big Funeral” lambasted Service Corporation International (SCI) simply for being so large.  They commented that SCI has a market share of about 16% of the total death care market in North America.  I don’t know if that is exactly true, but I am going to use it to make a point that the “Not so Big Funeral business”, on average is pretty solid and has opportunity in front of them.

And a quick search of all funeral homes in North America comes in that there are about 19,500 of them operating today.

If those numbers are close to correct – SCI with 16% of the market and 19,500 operating funeral homes – you can, using SCI’s revenues, extrapolate the amount of revenue per funeral home in North America.  Using SCI’s $4.132 billion and a 16% market share would bring the death care business total revenue in North America to a total of $25.85 billion. . . more than some estimates of about $23 billion.

Taking that number and dividing by the number of funeral homes operating of 19,500. . . that would bring the average revenue per funeral home to over $1.2 million.  That’s an average and must take into consideration that there are some very large funeral homes and some very small ones who may only do 12-20 calls per year.

When you then think of SCI’s 16% market share and add the market share of other public companies such as Park Lawn Corporation, StoneMor Partners, Carriage Services, and other private players funded with investment capital, I would surmise that well over 75% of the North American market share is still held by family business units.

I think that is a pretty good number and would equate to about 75% of that $25.85 billion, or almost $20 billion in revenues available for the independent operators. When I see that number it makes me feel good about funeral service. . . .and especially about family funeral service and entrepreneurship.

I have nothing but good to say about success stories like SCI and Carriage Services and Park Lawn Corporation and the rest of the large companies because building a big business has always been an American ideal.  However, I am really excited when I look at the amount of funeral service revenue available for the independent operators, and those with new ideas, who can use their individual skill to build their businesses, provide a great service in a community, can employ others, and have the opportunities for growth or sale of their business to prosper into the future.

Funeral service business, its history and its future, is truly a microcosm of North America’s free enterprise system and I am happy to be a part of it.

Enter your e-mail below to join the 2,370 others who receive Funeral Director Daily articles daily: