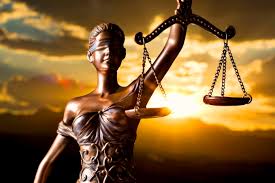 When I left off on Friday the now over 20 year old case of Bradford-O’Keefe Funeral Homes v. The Loewen Group was our topic.  As I told you, it was an incredibly interesting drama unfolding in a Mississippi courtroom – all over the aggressive expansion plans and tactics of a Canadian based funeral home consolidator.

As I mentioned on Friday, the case still has overtones in international courts for some things as germane to our society today as the Trans Canadian Pipeline.  Here in a nutshell – with a timeline -is why:

1994 – The Loewen Group was building along when it came to a disagreement with the Bradford-O’Keefe Funeral Homes in Mississippi over how some business dealings with certain funeral homes and insurance companies would be handled in a sale/purchase agreement.  You can read a Time Magazine article about it here.  Bradford – O’Keefe then became plaintiff in a suit against Loewen alleging a $5 million breach of contract.

November 1995 — After a jury trial in Mississippi, Bradford-O’Keefe was victorious in the verdict and the jury not only awarded the $5 million in damages but upped that amount to $500 million including punitive damages (and it is now known that 8 of the 12 jurors would have preferred a $1 billion punitive damage amount).

1996 — Loewen Group, knowing it can never pay off the $500 million arranges for a $175 million settlement with Bradford-O’Keefe and tries to move on putting the judgement behind them.

1999-  Loewen Group, after purchasing Prime Succession – a group of about 200 funeral homes for $320 million in 1996 – and fending off a hostile takeover by Service Corporation International in 1997, files for bankruptcy protection.

In the aftermath of this happening to their company, the Loewen Group files suit against the United States Government alleging that the United States, had an obligation to protect a Canadian company, as a part of the North American Free Trade Agreement (NAFTA).  In essence, saying that the way they were treated in Mississippi’s courts just was not fair and that the courts had a prejudice against them as a foreign investor.  Here is Loewen’s point of view on how the jury trial went.

As you can now understand, this case is brought up many times when foreign investors want to make sure that their cases are heard fairly in United States courts – matter of fact it is brought up so much that there is now the perception of an inherent bias that foreign companies can get better treatment here than U.S. companies.  Here is an article about just that.

Funeral Director Daily take:  So, only because an innocuous blurp about a management change ushering in the 6th generation of the family owned Bradford-O’Keefe funeral homes in Biloxi, Mississippi caught my eye did you have to sit through two days of my remembrances as I relived this situation.

It is interesting to note that I had many ties to the situation in that Ray Loewen had me for a visit to Vancouver when courting our funeral home.  I can remember visiting with him about his Fort Frances, Ontario roots (just across the border from International Falls, MN).  I was also about 34 years old at that time and remember telling him, “If I was 55 and had no family, selling would be a slam-dunk, but I’m 34 and have no idea what will happen in the next 25 years to me and my funeral home.” I’ve thought many times how glad I was that was my response.

In doing the research and reading the  articles I also realized how Prime Succession and their CEO Tom Johnson’s sale to Loewen weighed down Loewen’s cash-flow to the point that bankruptcy seemed like the easiest way out.  Finally, in one of the articles I read I noticed that The Loewen Group’s director of cemetery operations was Larry Miller, the future CEO of StoneMor.