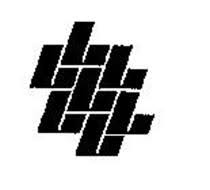 Over the New Year’s Holiday I noticed a small blip in a Mississippi newspaper, the Sun Herald, which announced the fact that Jeffrey O’Keefe, Jr. of Gulfport has been named President of Bradford-O’Keefe Funeral Homes. It goes on to say, as you can read here, that Mr. O’Keefe is a sixth generation family member in the business.

I certainly can forgive you if the name “Bradford-O’Keefe” does not ring a bell to you, but for those of us who have been in the industry since the 1980’s you cannot hear that name without bringing up the meteoric rise and fall of Raymond Loewen and his funeral home acquisition firm, based in suburban Vancouver, British Columbia, The Loewen Group.  The Loewen Group, which grew to about 900 funeral home firms in a relative short period of time was a darling of the Toronto stock market for awhile and from my point of view, as a target of the Loewen Group, there was not a funeral home in North America that they didn’t think they could not acquire — they simply had to throw more money at the owner.

The growth of the Loewen Group, from a single funeral home in Fort Frances, Ontario, to over 900 locations came crashing down with a bankruptcy filing in 1999 that all started in November 1995 with the loss of a lawsuit in Mississippi with the O’Keefe family and their businesses as the plaintiffs.  That lawsuit and pursuant trial, which the New York Times chronicled here in an article entitled, “Brash Funeral Home Chain Meets its Match” in early 1996, comes straight out of a John Grisham southern courtroom novel all set with a flamboyant attorney, Willie Gary,  who had been portrayed on the television show “Lives of the Rich and Famous” and flew in a private jet named, “Wings of Justice”.  In the end, a plaintiff’s lawsuit for about $5 million in damages turned into a jury award of about $500 million against the Loewen Group.

We will follow this up on Monday and show how this international case between the Canadian based Loewen Company and a small southern mortuary still is relevant today in international courts as to how countries decide business dealings such as the Trans Canada pipeline across America.

Funeral Director Daily take:  It is fascinating to me to relive this time.  The Loewen Group had tried to acquire our firm and I had been a guest of Mr. Loewen in Vancouver.  I also know many of the other players in the situations that were the beginning of the end for the Loewen Group.  This was a time in the North American death care industry that you had the big players in the public markets – SCI, Loewen, and Stewart Enterprises willing to throw lots of money at you if you were willing to cast your lot with them.  There was also the start-up, Prime Succession, a private company backed by equity/venture capital moving in the same space.  The Loewen drama is certainly a cautionary tale for acquisition companies.

It was a great hay day for funeral service – which in most places were about 95% earth burial business – where it seemed like the values on mortuary ownership could only go up.  My, how times have changed.