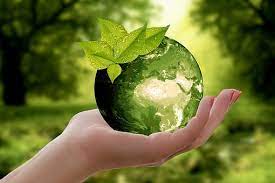 In today’s morning edition of Funeral Director Daily we wrote about how fads can become trends which may eventually become traditions.  By coincidence we recently came across this article from Trend Watching which introduces their “Innovation of the Day”.  And that innovation is from the Netherlands and is known as the Living Cocoon, a biodegradable casket made of mycelium.

You can learn more about, and see, the Living Cocoon here.

Here’s what Trend Watching says of the Living Cocoon:  “It takes seven days to grow using local waste ingredients and 30–45 days to disappear once placed in the earth. A human body buried in a mushroom casket is estimated to decompose within three years, versus 10 to 20 in traditional caskets or coffins.  Not only is the process faster, it’s also cleaner. Toxins in the human body — like metals and microplastics — are neutralized by networks of fungi and bacteria, preventing toxins from polluting the soil.”

It’s also been announced that DELA, the Netherlands leading provider of preneed insurance and at-need services funeral and cremation services, is going to be introducing the Living Cocoon as one of its products to the consumer.  According to this press release, DELA conducts about 40,000 funeral services annually and insures approximately 4 million people.

Finally, it has been announced that the Living Cocoon has recently been accepted as a cremation container also, making it available to more families.

Here is the Loop Biotech website, creators of the Living Cocoon.