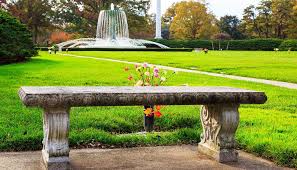 I live in flyover country so I don’t pretend to be an expert on the customs and traditions of New York’s funeral and cemetery business.  However, I’ve been in the death care business my entire life and never had heard of the business set-up of New York’s Pinelawn Cemetery.

I read a recent article about the ten largest by market value (dollar value) public companies in the death care business.  It wasn’t a completely accurate article because StoneMor being listed in the grouping was inaccurate. . . simply because StoneMor is no longer a public company.  I’ll do an article on the listing I saw in a future column.

One company that did jump out of the article to me was the company listed as the #5 most valued death care company in America.  The company listed was Pinelawn Cemetery and its value was listed at $2.01 billion.  By comparison sake, that is a full 1/5 the value of Service Corporation International (SCI) — which is valued by Seeking Alpha at $10.67 billion as of Tuesday, December 13.  And, it is much more than the value of Park Lawn Corportion at $643.6 million and Carriage Services at $356.25 million on the same day by the same publication.

I was pretty amazed.  To have one cemetery have the stock market value that would equal 1/5 the market value of Service Corporation International seemed unfathomable.  I needed to learn more about this cemetery company and sought out to do so.  I learned a lot about the cemetery from an article originally published in ProPublica that was reproduced here in the Long Island Press.  The article also gave me an insightful lesson in how cemeteries raised money a century ago and how some non-profits operate.  I’d suggest reading the article . . . my guess is that you will agree that Pinelawn is not operated like the small municipal non-profit cemetery in your hometown.

According to the article at 839 acres, Pinelawn is the second largest non-military cemetery in the country. Pinelawn buried 5,381 people in 2020, up 30% from the year before, according to its filings.  Of the 839 acres, over 600 remain unsold.

Pinelawn was opened in 1902, the dream of William H. Locke, Jr.  Here’s what is really interesting.  In order to finance the acquisition of land and the building of the cemetery, Locke sold what he called “Land Shares”.  According to the article, “Using land shares to help raise money for cemeteries was not unusual in the late 19th century”.

Again according to the article, “Calling them “land shares” is a bit of a misnomer, since they don’t actually entail owning land. Instead, they’re an investment, originally used to fund the creation of the cemetery, that entitles the holder to dividends derived from the sales of cemetery plots. Half of the proceeds from each sale of a plot go to pay the dividends, with the other half used to take care of the property.”

There were 127,850 “Land Shares” issued and the Locke family continues to own 51,964 of them.  The others are traded over the counter and as of Tuesday had a value per share of $580 each on the open market.  The half of cemetery proceeds that goes to pay dividends most recently was $44.20 per share annually or a dividend of 7.62% on the share price.

And as mentioned earlier, the shares are traded on the Over the Counter market — the only cemetery land shares so done in the United States.

I suggest that you read the linked article.  Pinelawn has a fascinating history as it is ran by the 4th generation of the Locke family today.  Maybe you will want to look into buying some of the stock or “land shares”.

Related — Revenue streams as investments are interesting.  I have a small investment in the royalties of a pizza chain.  The investment has nothing to do with the profits or losses of the pizza chain, nor does it have anything to do with equity. . .only a percentage of sales in perpetuity as time moves forward.  As more pizza is sold or even as inflation moves the price of existing pizza sales upward, the increased sales generate more and more income for myself.

It’s actually led me to think of why some high-valued funeral homes do not include a royalty deal in the sale of their funeral home when they decide to sell.  It would lower the up-front cost for the purchaser and at the same time allowing the selling owner to reap some financial benefits from an expected upward operation and continue to prosper from the brand that they built.  And, high margin businesses, like funeral homes, are perfect for royalty deals. . .simply because there is that margin there for the royalty to be paid out of.  Just a thought.

Another Historic Royalty deal – Here’s another fascinating story of the people making money through royalties off of Listerine mouthwash.

Enter your e-mail below to join the 3,041 others who receive Funeral Director Daily articles daily: