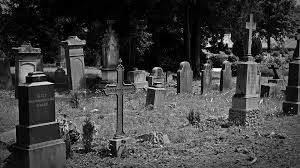 One of the things I believe that we do pretty well at Funeral Director Daily is monitor the Death Care industry for trends that are emerging and we can provide some warning on what issues may be sneaking up on funeral directors and cemeterians.

Since we started slightly over a year ago we have noticed the growing number of articles on “abandoned cemeteries”.  Just today we noticed an article in an Ohio newspaper that was headlined questioning the costs that the  government was going to have in taking over a particular one of these cemeteries.  You can read the article here.

The cemetery in question in this article is the Beech Grove Cemetery abandoned by the Bethel Church in 2017.  The Ohio Department of Commerce is in charge of cemeteries and it mentions that the taxpayers of Springfield Township have now had to take over the cemetery after listing it as a “nuisance” property for years according to law.  However, taxpayers also inherited over $200,000 of lien held debts on the property.

Township supervisors say that if the debt did not have to be repaid the township could have used that money on infrastructure, parks, and other improvements.

It is our opinion at Funeral Director Daily that taxpayers are not going to be happy if this trend, which we see no way of stopping, continues across our country.  It is somewhat of an unintended consequence of our country growing from rural to urban.  Knowing it is coming, however,  should allow rural municipalities the time to figure out what to do.