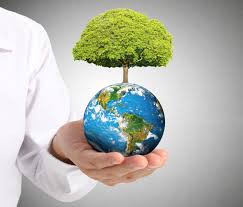 National Geographic magazine published an article the other day that you can read here.  It was published in their “Environment and Conservation” sector and is entitled, “The environmental toll of cremating the dead“.

The article makes the statement that 78% of Brits are now cremated and in America, we have surpassed the number of burials with cremations.  National Geographic points out and surmises that much of this cremation popularity is because it is seen as a “more environmentally friendly” option than traditional casketed burials.  However, they point out, now people are starting to question that premise.

Nora Menkin, executive director of the People’s Memorial Association in Seattle is quoted, “(cremation) takes up about the same amount of energy and has the same emissions as about two tanks of gas in the average car, so it’s not nothing.”

The article also points out that in India, where cremation is ritual, and is many times done on open air pyres with firewood, the Mokshda Green Cremation System has been trying to help by promoting fuel-efficient structures for open air cremations.  They have came up with a solution that uses metal trays and less firewood for the process – actually cutting the wood use in half with their process.

Funeral Director Daily take:  From being on the front lines of the funeral profession for many years, I don’t think that cremation in the United States became so popular simply because of the environmental arguments.  My personal opinion is that low cost and the ability of the consumer to be more in charge of all arrangements (as compared to a casketed funeral needing to be done in about seven days) is what drove cremation rates higher.

I personally saw many first time cremation families agonize over the decision about cremation versus earth burial.  At the end of the day, a very high percentage of those families that chose cremation for the first time, were happy with their decision.  And, it is my opinion, that they have became cremation families forever after that agonizing first experience with the process.

While the environment issues had little to do with those decisions, I do now however, see the arguments creeping into the discussion about the environment.  There are just so many more outlets for opinions to be expressed. . . social media, television shows, funeral home web-site information, and the like.  They all have a take on what are the options and many are now starting to preach the gospel of alkaline hydrolysis and its environmental benefits over flame cremation.

It is my opinion that we will see less and less earth burial and while flame cremation is not going away, there will be more of a crowd looking at the perceived positive environmental aspects of alkaline hydrolysis going forward.

I also believe, in all types of businesses going forward, it will be hard to be all things for all people.  From where I sit and look at trends moving forward, if I was going to be going into the death care business at this time, I would look long and hard at forming my business around the concept of green cremation, water cremation, or flameless cremation.  Just my personal opinion, but I think that is where the customer is going and I believe that is where the margins will be.