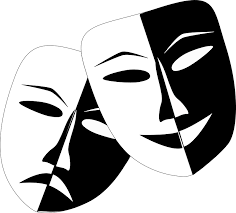 Scott Turnbull is an Australian funeral director who has worked in that occupation for the past 25 years.  In an article that you can read here from the Australian Financial Review  Turnbull states that while some weddings take over a year to plan, funerals are generally planned and executed in one week or less and that results in what he says can be an underwhelming experience for the grieving consumer.

Turnbull believes that planning ahead is the way to do things.  Unlike most conventional funeral directors and funeral homes that conduct seminars on the values of pre-planning, Turnbull wrote a stage show to help start the conversation.  His stage show, entitled “The Director” is performed with Lara Thoms and brings Turnbull’s funeral director experience and Thoms’ experience in arranging her parents’ funerals to life on the stage.

Thoms is quoted in the article as saying, “Part of the reason I wanted to do this was because I had to organize funerals for both of my parents, who were quite progressive and in the arts, and I felt like the options for funerals were too conservative.”

As for the performance itself, Turnbull gets nervous but says that once the first scene gets rolling he feels fine.  Thoms says “If you ever enjoyed “Six Feet Under“, you’ll enjoy this show.  It is sad and funny at the same time.”

According to the article, one reviewer described the play as a “truly human experience”.

The Director will be performed at The Studio in the renowned Sydney Opera House from May 15-19.

Funeral Director Daily take:  One of the great advantages the funeral business has is that we can be building business all the time.  Pre-need allows for that in allowing funeral home personnel to simply relate how important it is to get consumers to know and let their loved ones know what type of plans they would prefer at their time of death.  This can turn into a great conversation that will lead to pre-planning and eventually death care revenue at a later date.

While Turnbull’s play has moved far away from his Tasmanian based funeral homes, he does us all a favor by informing the public about the values of pre-planning.  Attending this play not only gives the consumer a chance for a night of enjoyment, but it can lead to financial savings, and more importantly, peace of mind down the road.