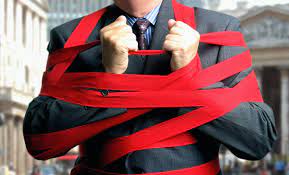 Last week I saw an article about the Fast Food Accountability and Standards (FAST) Recovery Act that has passed both houses of the California legislature and is awaiting a signature by Governor Gavin Newsome to make it a law.  Part of what that law would do is create a 10-person fast-food council with employee and restaurant representatives plus some state officials.  The council would then set industry-wide standards, including wages, working hours, and conditions in for-profit, privately owned restaurants.

I make no excuses for being a “free-market capitalist”.  When I look at some of the suggestions of the potential law, I wonder what restaurant owners think of it. . . it allows employees and even state officials to dictate some of the operational aspects of an equity owner’s business.  And, even more so, I wonder what funeral home owners would think of some kind of legislation that could eventually affect our businesses.

For instance, even though California has a state mandated minimum wage of $15.50 per hour, the new legislation would set restaurant minimum wage, including at fast-food restaurants at $22.00 hour — that’s $44,000 per year for an average 2,000 hour annual work schedule.  According to opposition sources such as the California Chamber of Commerce and the California Restaurant Association the wage increase alone would increase retail costs of meals to the consumer by about 20% and have the affect of franchisors not looking to California for growth of franchisees.

I also noticed this article from the Minneapolis Star Tribune which reported that even though minimum wage in Minnesota is only $8.42 per hour, fast-food employees are making as much as $17 per hour.  And, other companies in Minnesota are paying much more and even bringing in help from other states to reinforce their workforce. . .making sure they have enough employees.

To me that indicates that the free-market system is working.  If that is the case, then why do we continue to have governments want to regulate items that have historically been the decision of business owners — such as wages above the minimums as set, hours of operations, and more?

The funeral home, cemetery, and cremation industry has not been immune to these regulations in the past and we may very well see more in the future.  For a long period of time many states did not allow funeral homes to be in the food or hospitality business under the same roofs that they operated mortuary services.  There was maybe a good basis for that at one time, but the norms have opened up and there is no good reason, in my opinion, for that restriction any longer.

Or what about insurance funded pre-arrangements.  I think they are a big part of death care and offer benefits both to the consumer who is buying them and the funeral home, crematory, or cemetery that is selling them.  Yet, until about the 1990’s a funeral home was regulated out of offering them to consumers in my state of Minnesota.

What about restrictions on one owner having a combination business consisting of a funeral home, cemetery, and crematory?  In some states in the USA, combinations are still prohibited.  Is there still a good reason for that?

And, as more and more states legalize natural organic reduction (human composting) where will that come in?  In a non-combination state, would natural organic reduction be considered part of the funeral, part of the cemetery. . .or more like a cremation disposition. . . and which of those businesses would be regulated to provide it? . . . Or will it be a new death care arm that cannot be combined with any of the other three in those states.  What about alkaline hydrolysis?  Will that fall under crematory rules or will it be another singular disposition that cannot be combined with the others in those states that are what is termed “anti-combination”.

I’m all for laws that regulate public health in the death care business and all for regulations that require a certain educational level of proficiency for certain parts of our business, but wonder if some of our rules and regulations may restrict trade at the expense of the consumer.  For instance, a combination funeral home/cemetery may be able to offer lower combination pricing to the consumer, yet in some states that type of combination is not legal. . . . why?

I don’t have all the answers, but I do think we are facing these questions in the future and I’m guessing that our state legislators will be looking to us for leadership during that time period.  Will we have the free-market answers when they ask?  Stay tuned.