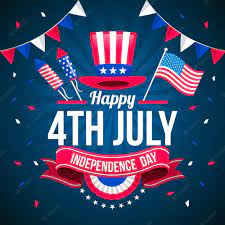 Our funeral home is celebrating its 150th year of business in 2022.  I thought the 4th of July weekend was a great time to tell you of our history and also that history of another American immigrant whose life has intersected with our family on numerous occasions.  And, that immigrant’s life has had a major impact on hundreds of thousands of Americans.  I hope you enjoy the story.

Legal immigration is the American story.  From the time when the Pilgrims settled in Plymouth Rock, Massachusetts, in 1619 for religious freedom or when the Jamestown, Virginia, immigrants settled about the same time looking for economic opportunity, America has welcomed both the world’s down and out and the aspirational dreamers to a new promise. . . . a promise of opportunity for the past 400 years.

I still consider myself a child of immigration even though it has been  150 years since my great-grandfather, his wife, and one-year old son journeyed from Sweden in 1872 for a new opportunity at life.  I don’t know why he left Sweden at the time, maybe he was yearning for a greater future. . . . a future with opportunity present regardless of his standing at the time. . . .  and similar to the story of another immigrant who settled in my home community of Alexandria, Minnesota, Knute Nelson.

Knute Nelson’s immigration to America and his life in America is well documented.  Living fatherless as a 6-year old boy in rural Norway, his mother yearned for a better life.  Letters, dated in the 1840’s, from native Norwegians living in Chicago found their way to rural Norway and explained the American attitude as such, “Here you are not asked what or who your father was; the question is: What are you?  Do you have a good moral character?  Are you imbued with a true patriotic spirit and do you have the required qualifications to pursue your lawful vocation – whether it be as a farmer or as a man in public office?  Thus all are placed on an equal basis.”

Those words touched the heart of young, single mother Ingebjorg Haldorstatter in 1848 and on April 16, 1849, she registered her son Knute and herself, with a borrowed $45, for passage to America.  On American Independence Day, July 4, 1849, the twosome arrived at Castle Garden, New York.  Now, she believed that in this new land, her son would have a chance to succeed in spite of the fact that he did not have a father or a social standing in the old world.

The mother/son couple made it to Chicago and after a period of time, Ingebjorg was married and Knute now adopted the surname of his step-father and became Knute Nelson.  The family moved to rural Wisconsin where Knute was able to be educated, took a moral stand and joined the Union Army as part of the Fourth Wisconsin Volunteer unit to emancipate Black slaves, was wounded in the Battle of Port Huron and was held by the Confederate army as a prisoner of war.   Within two years of mustering out of the Union Army he applied for and received his United States citizenship.  Nelson became a lawyer, served in the Wisconsin Legislature and in 1871 moved westward into the new frontier setting up a legal office in Alexandria, Minnesota where he helped railroad baron James J. Hill acquire property for the Great Northern Railroad Company. . . . . and shortly thereafter befriended my great-grandfather and family, who arrived in 1872 in the same community.

The Alexandria area was a place where immigrants, especially of the Scandinavian countries found friendship.  It was a place where one immigrant family helped another immigrant family.  When my great-grandfather, John Anderson, his wife, and one year old son arrived in Alexandria in 1872, family lore tells of mortgaging all of their possessions for a $500 loan to start a cabinet business.

Two years later, on October 5, 1875, a record of an established immigrant helping a new immigrant can be found on Page 164 of Book C of Mortgages of Douglas County, Minnesota, where one Knute Nelson recorded a mortgage to John Anderson and his wife Anna for Lots 10 and 11 of Block 105 in the townsite of the Village of Alexandria.  Less than two years later on June 2, 1877, on Page 244 of Book A of Mortgage Satisfactions you will find a record of Mr. Knute Nelson being satisfied on said mortgage.

That location became the home for John and Anna, and in 1933, it became the home of our family’s funeral business.  Later, in 1905, on lots 7, 8, and 9 of Block 105 my grandfather, Carl V. Anderson acquired the land and built a home next to his parents.  It’s the home, expanded and remodeled, that my father grew up in and that I lived in through high school. . . . and my widowed mother lived in until she moved to a condo in 2009.  It remained in our family until sold in 2012. . . with over 100 years of Anderson family use by three generations of the family.

Immigrants helping immigrants has been a consistent way of how America was birthed and grew to become a major power.  We have become a nation of power and prestige built by those who had left other nations in search of something more. . . . . it’s what is written on the Statue of Liberty:

“Give me your tired, your poor, your huddled masses yearning to breathe free.  The wretched refuse of your teeming shore.  Send these, the homeless, tempest-lost to me, I lift my lamp beside the golden door!”

Lifting the lamp beside the golden door is what America has done best.  The Irish, the Germans, the Norwegians, the Swedes, Chinese, Japanese, Koreans, the Hmong, Central Americans, those from the Middle East, Somalia. . . . . .over the centuries America has welcomed them all and we have strengthened ourselves as a country because of it.

You see, America is made up of immigrants and their descendants.  America is an immigrant country and like my story, we all have an immigration story to tell.  Whether your relatives came over on the Mayflower or you are a first generation American, we all are immigrant birthed in America and, deep down, we always cheer for the new immigrant to make it beside us.

And what ever happened to that immigrant, Knute Nelson, who befriended my great-grandparents. . . .

Knute Nelson, the 6-year old immigrant in 1949 who as a 31-year old immigrant befriended and mentored my new immigrant great-grandfather in 1874 said this in 1896, “We have been, to a large extent a nation of immigrants and a large share of our history is a history of immigration.”  He continued by saying this of immigrants who played a role in the development of his adopted state, Minnesota, “They came there, most of them poor and empty-handed, with no capital but stout hearts and willing hands, but possessed of an intense desire and purpose to become good American citizens.  She received them with open arms, as though they were to the manor born, and on a parity with her own people.  And today, after the lapse of half a century, she can truly say that they have not betrayed the trust she reposed in them.”

You see, fatherless, immigrant Knute Nelson lived out all the dreams of yesterdays and today’s immigrants – being the best they can be in their new country.  And I’m certain, that those in America want to see those dreams and ambitions continue to happen to those lawful immigrant citizens of today.

More on Knute Nelson:  Here’s what is written on the “About Us” webpage of the Knute Nelson organization:

“For many seniors in West Central Minnesota, the name “Knute Nelson” is synonymous with quality care provided with compassion. A few might think of the former Minnesota senator and governor of same name. But the tie between the two isn’t just in name. All of the senior living communities in West Central Minnesota, programs and services currently offered started with Senator Nelson.

He was a philanthropist and renaissance man. In his day, many older adults were cared for at home by their families. He wanted to ensure that all seniors were looked after. When he died, he left his family home and 23 acres in Alexandria, “for the construction and equipment and maintenance of a suitable ‘Old People’s Home.'”

Our mission, to enrich the lives of everyone we serve, grew out of his vision. It affects all of our decision making – from strategic planning, the services we offer and how we make an impact in the communities where we serve.”

Another connection with Sen. Nelson:  In 2015 I was selected as a member of the Board of Regents for Minnesota’s land-grant college, the University of Minnesota.  I served my term from 2015 to 2021.  The only other member of my community who ever served on that board was Senator Knute Nelson from 1882-1893.

May God Bless America!!  Enjoy the 4th of July weekend. . . . .and, strive to make a difference in your community!!