Today’s Funeral Director Daily Afternoon Edition brings you some information about public companies in the news as well as a Maine community issuing the paperwork for the Midcoast Crematory to move forward to an operating mode.

The article mentions that this has been accomplished “after multiple years of effort by Michael Hall of the Hall Funeral Homes”.   And, after reading the article, this writer felt that the closeness and division over the 2020 Presidential vote would probably take second place to to the strong positions concerning the vote by the Thomaston community.

In this article from PR Newswire you can read where Service Corporation International (SCI) is partnering with the Tradgedy Assistance program for Survivors (TAPS) on Giving Tuesday, December 1.  SCI has announced that they will match individual donations to TAPS dollar for dollar up to $25,000.

Giving Tuesday, December 1, is a global movement that inspires hundreds of millions of people to give, collaborate, and celebrate generosity.  As a national non-profit, TAPS provides comfort, care, and resources to all those grieving the death of a military or veteran loved one.

We noticed several articles from MarketBeat.com concerning death care industry public company Matthews International recently.  We link the articles here for your use. 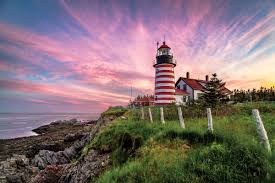 In this article from Village Soup.com you can read about a crematory in Thomaston, Maine, that is moving forward.  According to the article “neighbors and abutting land owners to the crematorium have expressed concern for the health and safety of those living near the crematorium, as well as a reduction in property value.”

The issue prompted a town vote in September that came out in favor of the crematory by a 298-289 vote.  That’s a 50.7% to 49.3% percentage vote. . . awfully close.  Multiple town officials said that vote was the largest voter turnout of any Town Meeting.  That vote result turned a group, “Neighbors of the Thomaston Cemetery” to request a hand recount.

The recount has been held and confirmed the results of the machine vote.  And, on November 23, the Thomaston Select Board authorized the Town Manager to go ahead with the paperwork approving the crematory.