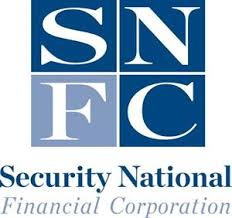 Last week, public company Security National Financial Corporation reported the results of their First Quarter of 2018.  In the press release that you can read here they report that two of their three operating segments had increases in sales and profits on a year over year basis.

As you may recall, Security National Financial Corporation is based in Utah and operates divisions which include Life Insurance, Memorial (funeral homes and cemeteries), and Mortgages.  Both the Life Insurance and the Memorial segments had higher sales and incomes while the Mortgage division struggled during the quarter.