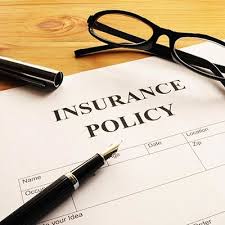 I’ve been involved in the funeral business long enough to see the State of Minnesota move, in what I consider a more consumer friendly way, in respect to the business of preneed.  I can go back to the 1980’s when we were only allowed to put a consumer’s designated funeral funds into a bank guaranteed certificate of deposit.

I’ve seen the preneed movement in our state then go to insurance sold by designated agents not affiliated with funeral homes to, what I believe is a better system today, whereby funeral homes can own insurance agencies and their funeral home employees can be licensed insurance agents and receive a commission for the sale of such policies to the consumer.

While it is nice to receive the commissions to be able to cover the cost of the program for the funeral home, I believe that the biggest advantage of having funeral home agents involved as compared to general agents not affiliated with funeral homes is that the consumers now can get the information on types of funerals and the related costs directly from the source who will be providing those services.  That has to be an advantage for consumers.

In 2001, I took advantage of these, then new laws in the State of Minnesota.  I became a licensed insurance agent, started an agency, and had some appointments of employee/agents under the agency.  Funeral directors who now were also agents were able to sit down with consumers and discuss funeral costs and a way to insure that those costs could be paid at a later date.  I think it was, and continues to be, a win-win situation for the funeral business and the consumer.

I bring this information up today because I found this public relations article about an Oklahoma site for seniors to get “Burial Insurance” quotes.  Without looking much further into it than looking at the web-site offered, it appears to me that the term “Burial Insurance” connotates the impression to those that may look into this insurance that this funding will pay for the consumer’s funeral.

In contrast, it looks to me like it is a site for what I would term “Final Expense” insurance and the the cost of a funeral is, if at all arrived at, arrived at only by guesstimate.  It appears that the insurance, at the time of death, would be paid to a beneficiary that would then be expected to pay for the deceased’s final expenses which would include funeral expenses.

While final expense insurance is certainly valid and is better than no insurance, I question its value as a pre-planned funeral funding vehicle.  That is especially true if the consumer has not visited with his funeral establishment of choice to know what his future costs will be.

While having nothing set aside for a funeral would be worse, I can image a circumstance where a person has a $5000 final expense plan that is intended, in good conscious, to pay for his funeral expenses.  However, when his relatives go to select the funeral that they believe the consumer wanted, they  may find out it costs $7,500 or $10,000.  I’ve been in the arrangement room at those times and they are no fun for anybody concerned — the consumer family or the funeral home.

So, the reason for this article today is not to bash final expense policies or those that market them.  There is a place for them.  However, all funeral directors should know and be aware that many are being marketed as preneed plans and that is not what they are exclusively for.  You need to know that they are out there and you need to market “preneed” plans as the better alternative for the consumer.  Awareness by the consumer that you also offer these types of plans can be a real asset in building your volume.  If you are not heavily invested in marketing preneed, the time to start is now.