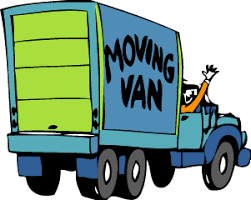 I came across this article from the Echo Pilot of Greencastle, Pennsylvania, the other day.  To me, it is a somewhat disturbing article on a church cemetery, or what I’ll call an annex, with apparently only two burials in the annex.  The church also owns a main cemetery and apparently were moving two vaults from graves in the annex to the main cemetery without family approval.  Oddly enough, a relative of the people being moved came upon the scene as it was happening.

It appears that the church was in negotiations to sell the 4-acre parcel of land that had became St. Mark Cemetery West and the potential buyer had no plans to operate a cemetery or use it for burials.  According to a cemetery caretaker, the Culver family was mailed multiple notices about the pending cemetery sale and the need to move the graves.  However, according to the Culver family, the notices were mailed to an address their father had lived at in 2002, but no family member continues to live at that address, and the family never received any notification about the grave movement.

According to the article, the Bucks County Consumer Protection Department has opened an investigation into the actions, as has the Archdiocese of Philadelphia.  Again, according to the article, existing state law involving removing bodies from burial grounds is more than 100 years old, and contradictory as far as what permissions are necessary.”

Funeral Director Daily take:  An interesting dilemma to be sure.  I find it really hard to believe that graves would be moved without some type of authorization from the next of kin.  Even if you are selling the land with the idea that it is clear without burials, I would expect that an over abundance of caution would be taken on the cemetery/church part knowing the ramifications of legal action in the future.

I’ve said before, and I believe it more than ever now that we have been in a health pandemic, that small cemeteries, especially in rural areas are going to find it hard for themselves to keep their heads above water financially.  There are multiple reasons for this which include not only upkeep costs rising, but revenue from traditional burials dropping among the increased cremation trend.

I don’ think it is a rosy time for some of these cemeteries and a sell off of some land assets may be a way to improve a cemetery’s financial fortunes.  However, any unused or future expansion land split off from a cemetery more than likely needs to be grave free.  My opinion is that it is probably not feasible to try to sell land that has existing burials on it.

Finally, most small cemeteries that go without upkeep or maintenance more than likely will become property of the taxing authority in that area and eventually their responsibility.  With all of the uses for tax payer dollars, I’m guessing that these municipalities will not welcome the idea of becoming “cemetery saviors”.