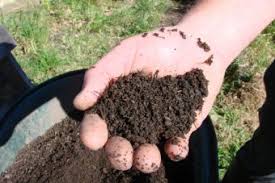 Entrepreneurs in the start up world have had to be nimble on their feet during the current pandemic.  Many of the best laid plans for young and pre-revenue businesses have had to be altered in the COVID world.  Some, on the other hand, especially in the technology and pharmacy sectors, have seen boom times with investors willing to pony up seed money hoping to cash in on a quick technology or therapeutic drug success.

A recent article in the Seattle Times that you can read here chronicled the start-up issues that have hit the death care start-up company Recompose.  Recompose, whose website you can access here, is the company founded by Katrina Spade that is hoping to make “human composting, or recomposition,” a reality for the death care business.  Last year Spade and her company convinced the State of Washington legislature to legalize recomposition  and in June of this year Recompose was issued it official funeral home license from the Department of Licensing.

However, the pandemic has altered Recompose’s planned facility by moving the location and scaling back the size.  According to the Seattle Time’s article, Recompose was hit with a one-two punch in March.  It is explained in the article that “COVID economics clobbered the stock market and spooked investors (just as Recompose was in the middle of a $6.75 million capital -raising campaign) while estimated build out costs for the 18,500 square foot Sodo warehouse nearly doubled.”

The article goes on to say that funding dropped off and Recompose could not afford the build out.  And, the company, that was seven years in the making, was in jeopardy.

However, Recompose was able to secure a 4000 foot warehouse in Kent, Washington, and the number of Recompose “vessels” in the original building was scaled back from 32 to 10.  The new facility will also not hold public gathering spaces as the original had planned.

Spade says Recompose has named it new, 10-vessel facility The Greenhouse. . . She is quoted as saying, “It’s a place where plants are started.  It’s where things germinate, and where you figure out what works.”

Related:  Recompose also has received authorization to begin accepting pre-arrangements for their services . . . or what they call “Precompose” beginning August 18.  Spade, herself, plans to be the very first Precompose member.

Related Article:  This recent article from Discover Magazine is entitled “Human composting:  How our bodies can nourish new life after death“.  It mentions the company Recompose in the article.  It also takes aim at the science and carbon footprint of recomposition and how it compares to the carbon footprint of earth burial and/or cremation.

Funeral Director Daily take:  I’m pretty familiar with the start-up world and I know usually nothing ever goes as originally planned.  As a matter of fact, I look at how entrepreneurs handle these types of issues as a prelude to how they will be when they manage the big company they hope to become.  I’ve found that those that don’t get rattled with start-up changes more than likely will be able to handle the issues that come with a going concern company. . . . and those that get all stressed out with changes?  Well, maybe they don’t have the even keel with the “never say die attitude” that it probably will take to get the company to the revenue stage.

Personally, I believe in the green funeral space that there is a market for recomposition.  How big. . and how fast it will grow, only time will tell.  However, I do believe that the “back to earth” mantra that it brings forth is a message that resonates with a lot of people.