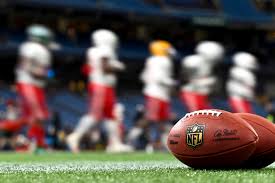 I’m surprised I missed this article last October when it was originally published by CBS Sports.  However, I’m glad that I found it recently while researching another article for Funeral Director Daily.

The article touches on sports but is, in my opinion, an article on death care, grief, the human psyche, and the movement of “remembrance” into a much more personal realm than many death care professionals acknowledge.

The article points out that Green Bay Packers running back Aaron Jones wore a pendant with his father’s ashes encased in it.  Turns out that in a game against the Detroit Lions last season Jones lost the pendant on the football field.  The pendant was found and the Packers equipment staff came up with an idea where Jones can have the pendant on his person during games but not be susceptible to losing it again.

Turns out that the equipment staff modified Jones’ game jerseys to include a pocket that the pendant can be placed into which serves the purpose of keeping Jones’ dad’s remains close to him without the threat of losing them.  The jersey was instituted and used last season.

Related – From the Eterneva blog: NFL Superstar Aaron Jones Honors His Father with a Memorial Diamond.

Funeral Director Daily take:  When I first discovered this article it prompted a discussion between my wife and I about the changing traditions of loss and remembrance.  It struck us that if you go back to about 2500 B.C. when the pyramids of Giza were built as elaborate burial complexes survivors took possessions and placed them with the deceased for their afterlife journeys.  In essence, mortal possessions were put with, and kept, by the deceased.

We are 4500 years past those dates and for whatever reasons we now have many that feel compelled to keep our deceased loved ones with them in some physical manner such as ashes in a pendant, ashes in tattoo ink, ashes in solidified form such as Parting Stone products, or some other manner.  The juxtaposition as compared to the pyramids is interesting  —  we are now taking a part of the deceased and keeping it with the mortal.

I make no moral or value judgement of the juxtaposition other than to point out that it is interesting to me.  And, I think we will continue to move more and more down the road of remembrance in the form of objects moving forward.

Enter your e-mail below to join the 2,776 others who receive Funeral Director Daily articles daily: