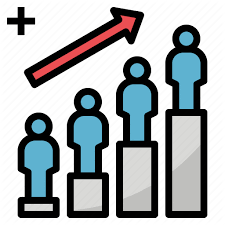 In the last couple of years it seems that we have seen no slow down in the marketplace for the acquisition of large family owned metropolitan death care businesses by the public company, venture backed, or equity partner backed large scale operators in the business.  You need think no farther back then last weeks announcement of the acquisition of Fairfax Memorial Park and Funeral Home in the Greater Washington, DC market or of the competition to purchase operations like Horan and McConaty or Allnut Funeral Services in the rapidly growing Colorado market in the last couple of years.

I made the comment in an opinion the other day that historical data and EBITDA matters when buyers and sellers are coming to agreement on a purchase price.  However, I also said that it is becoming more and more apparent that “Demographics” matter.  While America has general population growth across the country, not every locale is growing as rapidly as some. . . and in some areas, population is actually decreasing.  And, if you are in the market as a buyer or seller, it is just as important to know those numbers today as it is to know the financial numbers.

What is common in all of those transactions is that those firms found locations where there is not only a large population base, but a growing demographic trend in the number of people living in those areas.  The Dallas-Fort Worth metroplex has about 7.5 million inhabitants and is growing at a decade rate of over 17%.  The area including our nation’s capital including adjacent Virginia and Maryland has about 6.2 million people and is growing at about an 11% decadal clip and Colorado has a large, diverse, and growing population, especially around Denver which is growing at a 15% decadal rate.

The acquisition firms know that case mix such as cremation, earth burial, alkaline hydrolysis, and direct cremation with no services may change over time, but they are betting on the fact that there will be a growing number of cases to work with in these locales.  In my opinion, that is the smart bet.  It is much better than buying in an area with great historical financial data but a population trend that is trending to have fewer people in the trade area as time goes on.

So, what does the data tell us about where those population gains will go in the future?  Anecdotally, there appears to be two big reasons on why some areas tend to get more growth and some less or even drop.  My take is that much of this movement is either climate or tax situation driven.  Take a look at the no-or-low state tax rate states — states like Nevada, Florida, or Texas.  They draw retirees from the snow or rust belt cities and states for both the weather and the ability to pay less in taxes than in states like Connecticut, New York, Illinois, or even Minnesota.  Cities like Chicago have a decade growth rate of less than 1%, and cities such as Hartford, Cleveland, Buffalo, and Pittsburgh all have a negative growth rates.

It appears pretty easy to see where the acquisition companies will set up battle as they move forward to control the best properties in the fastest growing markets.  Look no further than the Carolinas, Georgia, Tennessee, Florida, and Texas to see the great opportunities available for these

companies.  If you own a funeral home in a community in those states make sure that you know of the demographic advantages that you have.

While we have looked at this demographic shift from a national perspective, the demographic shift also works to a lesser extent in regional communities in many states.  Many rural people are retiring from communities of under 10,000 people and moving to larger regional center cities of 35,000 – 50,000 to have access to different living options, health care, restaurants, and the arts as they age.  If you operate in one of those regional center communities, make sure that you know of the opportunities to turn these newcomers into potential clients.

Maybe you can increase advertising or pre-need seminars but whatever you do in these regional center cities to get in front of the newcomers, who have no historical reason to select a funeral home in your community, before your competition does will add long-term value to your business.