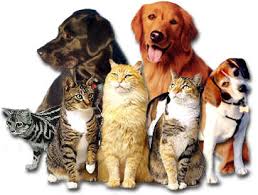 In 2011 Davina Bambrick was forced to euthanize her 14-year old dog, Bennie.  She now says that the worst of that situation was when “Bennie was abruptly whisked away” after being euthanized.  She commented recently, “It was kind of an unusual process, that lacked a lot of care or empathy at the time.  We weren’t offered any advice, and we weren’t offered any choices.”

According to this article from Sunday’s Sydney (Australia) Morning Herald, Bambrick has now worked through that grief and is working as a General Manager of Patch & Purr, a pet cremation business that began at the beginning of 2019.

As you continue to read the article you discover that Patch & Purr is not any old pet cremation business started by someone with just a desire to take care of pets.  Patch & Purr has been started by Australian public company and funeral home consolidator, InvoCare, after a great deal of strategy that started with an initial thought process in 2016.  InvoCare recently reported 6 month results that show a 7% increase in revenues, which the above linked article reports is “due to its expansion into the pet cremation business.”

Here are a couple of quotes from InvoCare Chief Executive Martin Earp pertaining to the Patch & Purr expansion for the company.

And, Ms. Bambrick adds, “the Wollongong business has already cremated snakes to chickens to cows and llamas.”

The article suggests that InvoCare will eventually expand its pet crematory nationwide and is already considering a push into regional areas.

Funeral Director Daily take:  I see lots of positive attributes of moving into the pet cremation business for funeral homes.  We euthanized our family basset hound a couple of years ago and our vet clinic had a special purpose room devoted to this.  Our dog, Presley Basset, was given a mild sedative and we were all able to be there and hold or pet him as the lethel injection was administered.  He slowly closed his eyes and just went to sleep and we were able stay as long as we wanted before turning him over to the staff for cremation.  It was a very good experience for our family considering the situation.  We purchased and engraved a nice urn and Presley’s remains rest in our house today.

I’ve often though, “if our family will go to those lengths, there are lots of families that would do this.”

The marketing hat on me says that one of the big advantages of offering this service through your funeral home brand is the increased opportunity that your brand has to become the brand of choice for eventual human funerals/cremations.  You can get a chance to meet families though this service and turn them into “Heritage clients” before you would otherwise have the chance to offer your services.  It is almost like it can be a marketing arm of the human funeral business, but with the added benefit of, instead of costing marketing dollars, it can actually be a profit point.  That is an interesting concept.

My guess is that this type of thinking is not lost on America’s largest funeral providers.  I’m guessing that they are testing the concept somewhere as I write this.

Finally, I’ve been friends with different members of the Schoedinger family in Columbus, Ohio, for almost 30 years.  They have chosen to extend their brand name to pet services.  Take a look at their web-site here. 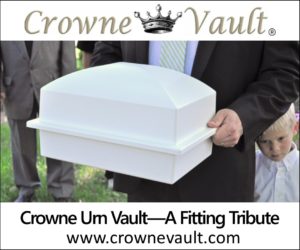