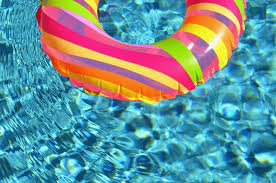 I’m a fan of Warren Buffett and his company, Berkshire Hathaway.  Matter of fact, I enjoy reading his annual shareholder letter because it just doesn’t tell how his businesses are doing, it explains to the reader why he is in those businesses and how he makes money for his shareholders.

Back in 1936 a gentleman by the name of Leo Goodwin from Washington, D.C., became convinced that auto insurance could be standardized and sold without agents to the general public.  His company was named Government Employees Insurance Company – later shortened to GEICO.  That first year the company collected $238,288 in premiums.  Warren Buffett learned of the company, became a partner, and later 100% owner of GEICO.  Last year the company collected over $35 billion in premiums.

GEICO certainly is one of Berkshire Hathaway’s big winners over the years.  And, I’ve heard Buffett talk about one way that insurance companies make money that most people don’t even realize.  It’s called “Float”.

I will explain “Float” as a very basic concept of insurance companies.  In essence, it is that period of time an insurance company has a client’s money from the time it is collected as a premium until it is potentially paid out as a claim.  In that time period, the insurance company invests the money.

In this article, entitled “How Warren Buffet used insurance float to become the second richest person in the world” it is simply explained in these terms, “insurance float represents the available reserve, or the amount of funds available for investment once the insurer has collected premiums, but is not yet obligated to pay out in claims.”

That brings me to a discussion on an article recently written for Seeking Alpha by Anthony Indelicato.  You can read the article here.  Here are some statements Indelicato makes about Service Corporation International (SCI), the largest public company in death care:

And, here is where author Indelicato sees, what some may believe is an even better opportunity than being the leader in death care moving forward. Indelicato points out in his opinion:

Indelicato goes on to point out that, according to the most recent 10-Q filing by SCI, the fair market value of the SCI preneed trust fund was estimated to be over $6 billion of well diversified assets.  Since 2018, he suggests that the fund has grown 42%.

Finally, in the article Indelicato insinuates that while property and casualty and auto insurers have future claims where they are unsure of the potential consequences of carrying that risk, SCI has a somewhat “predetermined” level of risk because it is the death care expenses it will be liable for.  The result of this, according to Indelicato is that SCI can be slightly riskier on the investment assets it holds and potentially gain even higher returns on “float” than traditional insurers do.

Disclosure— The author of this articles holds a stock position in Service Corporation International.