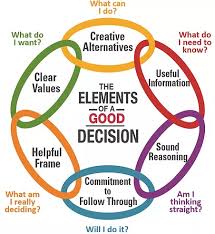 Being retired has its advantages.  I spend a little time every day reading three electronically delivered economy or financial focused newsletters I subscribe to.  I then like to interpret and extrapolate the information that I get from them and use it in my personal financial decisions as well as my managerial decisions for the companies I am still involved with.  I not only enjoy the exercise, but I find it valuable.

Yesterday, the subscriptions let me to this article from Yahoo Finance entitled “Why consumers are still spending in the face of soaring inflation“.  The article opines that consumers are continuing to open their wallets even as prices climb and polls show the country in a rather glum mood.  And, a study of 3Q remarks from public companies indicate this rather interesting finding:  “Q3 remarks . . . found that not only companies are comfortable hiking prices, but consumers appear to be rather placidly paying for them. “

And, here are some remarks on that same topic, “Pepsi  executives told investors that “elasticity to pricing has been better than we had initially [estimated] in our models,” while McDonald’s found higher prices “have been pretty well received by customers.”  Finally, Deutsche Bank’s Jim Reid said “inflation has been a big theme of Q3 reporting… companies generally feel confident in their ability to pass it on“.

Here’s what the Yahoo Finance article says may be the reason that purchasing seems to go on unrestrained, even under rising prices:

While most BNPL programs are not problematic and can really help consumers budget their purchases, data has shown that 24% of BNPL purchasers are now purchasing using this format because their credit cards are maxed out.  That’s double the number of a prior survey done in May.

So, if I was operating a funeral home or any other business today, this information makes me think specifically about my employee wage base — have I kept up with what others are doing?  If not, will I be in the position of losing staff members to others who are raising wages?  Secondly, I would look at my customer credit options — specifically, as credit seems to be a growing concern — how will my business extend credit to those that may need it?

On to turkeys.    The Minneapolis Star Tribune ran this article on turkey sales yesterday.  One thing the article does is illustrate the marketing of turkeys and industry giant Hormel turning to TikTok to do so. That statement alone says something about “marketing channels” such as was part of yesterday’s Funeral Director Daily article.  It is just another reason that you should be investigating all channels to bring client families to your funeral home. . . . if Hormel is targeting American mothers via TikTok. . . I’m guessing buying the old church supper ticket is not the best way to market your funeral home.

I at one time served on an advisory board for a turkey marketing and sales company.  So, you could at least say I am a little interested in the how of turkey marketing and sales.  It was interesting for me to read that turkey consumption per person in the United States is down over the past few years.  It was also interesting for me to see this quote in the article, “U.S. families have been getting smaller for years. Smaller families are less likely to buy big cuts of meat. Sales of whole birds, for both chickens and turkeys, have been in decline for decades. Turkey companies have countered this trend with increased offerings of product like turkey deli meats, ground turkey, sausage and parts.”

That quote made me think of the funeral industry and start to wonder if “smaller families have changed the dynamics around funeral and disposition choices”?  As funeral directors we have all sat in arrangements with large families who were trying to decide on the funeral choice specifics of a recent death.  I wondered, “Does a smaller family then reflect less opinions and if so, does a strong willed person have a better chance of changing other’s minds during this discussion“?  I don’t have any answers on this topic, but I do wonder what have smaller families or how have smaller families been reflected in changing consumer preferences in death care?

Finally, the turkey article obviously was published to coincide with the Thanksgiving holiday that is coming up.  I also understand that today, President Biden will pardon the Thanksgiving turkey in the Rose Garden, an American tradition.

An incredible experience for me happened when I served as an advisory board member to Protein Alliance, a turkey marketing company.  The company’s CEO and his wife also owned turkey farms.  In 2017 their farm was selected to present the Thanksgiving turkey to President Trump in the Rose Garden and as a board member I received an invitation to attend.

It was the only time that Angie and I have ever been invited guests at the White House and the experience was incredible.  Prior to the event and once we passed security, we were allowed to roam around portions of the interior and exterior of the White House.  I do remember going into a rest room and thinking that the room had apparently not been redecorated since FDR served as our president in the 1940’s — I didn’t see any lavish over-expenditure of taxpayer money in that room!  While I was in that bathroom I also remember being worried if the old door lock would re-open when I wanted to exit.  I could picture the headlines in the Washington Post the next morning, “Minnesota funeral director gets locked in White House rest room – fire department rescues him!”  I did not want that to happen!!!

Not to play favorites I visited with Democrat Congressman Collin Peterson, who represented our district, while Angie got to visit with Republican Ivanka Trump and her children.  All in all, it was a wonderful experience and something I will always remember.

Have a great weekend!!!