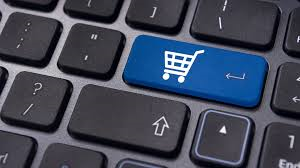 I saw an article earlier this week from Seeking Alpha that you can read here that retailer Nordstrom’s sales increased year over year for the year 2018 by 2.3%.  What really hit me about the number though was as I read farther into the article I found out that Nordstrom’s brick and mortar stores suffered a year over year sales decrease of 1.9% while Nordstrom online sales increased at a 13.6% clip.

According to the article many other companies do not disclose their sales channels so you are left to guess what is “old” retail and what is online.  Nordstrom’s also disclosed that fully 1/3 of their revenues are now coming from online sales.

I started to wonder how this phenomena will play to the death care industry in the coming years.  A quote from the Seeking Alpha article is this, “Even elderly internet-averse people have discovered online shopping”.  I think that is a sign of the times and everyday, America’s elderly get more internet savvy.

We also know that Americans are choosing direct cremation without services at a higher and higher proportion than ever before.  Does it matter to the deceased or the deceased’s family where the physical cremation takes place as long as they are serviced at the place of removal and in a timely manner have the cremated remains delivered to them properly?  All of the other information for the death certificate, cremation authorization, and payment method can be handled online.

Those in the death care business already know that trade call and cremation wholesale outlets exist and are used by funeral homes for all kinds of services.  However, how long, when we think of the online retail world, will it be before these companies, or those similar to them,  are direct to the consumer.  Many of you know of the attempts of the Colorado based Heritage Cremation Providers to offer something similar to this type of service nationwide.  Allegations were that they were not completely honest about, as the NFDA web-site says, acting as a middleman and outsourcing their needs.

While there are actions in multiple states against Heritage for misrepresentations, it is apparent that they did receive many consumer death calls who wanted to bypass a “bricks and mortar” funeral home – as a price or convenience issue.  I believe that we now live in a world where many consumers do not want personal interaction in the sales process — and this does include the death care space.  These consumers want to have their needs met with the computer or mobile  devices and Heritage looked like a way to do that for them.

Here is what Nordstrom says in their 10-K filing for 2017.  “Digital channels continue to facilitate comparison shopping, intensifying competition in the retail market.  If we fail to adequately anticipate and respond to customer and market dynamics, we may lose market share or our ability to remain competitive, causing our sales and profitablity to suffer.”

While bricks and mortar funeral homes and crematories continue to get the lion’s share of the death care business, I believe that there is a market out there for those who never want to move from their home to make the arrangements and do not really care about the bricks and mortar of a funeral home/crematory in the process.  The virtual funeral home/crematory will be able to operate with thin margins, because of no public facility to maintain, and find clientele among those who are looking at price points and convenience.  It won’t be for everybody, but there will be a market.

The question will come down that as single funeral home/crematory owners compete with these future firms, how will your service, and more than likely higher price point be distinguished.  It continues to be an issue for those of us who believe that face-to-face service is best in the death care industry.