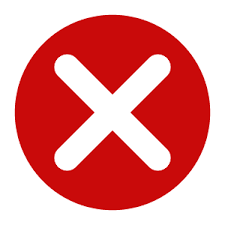 I’ve been involved in funeral service for over 40 years now and I don’t think I have ever seen an article on this subject.  How does a funeral home owner, manager, or employee react when a family chooses a competitor over them when they thought that family was firmly within the circle of a “solid client” relationship?

Most funeral homes believe in themselves and believe that they give “better” service than those funeral homes that reside in their competitive market.  It’s just a given. . . especially in smaller markets with only two or three funeral homes to choose from.

While I don’t think that there is a perfect way to react, I do believe that how we react or the un-reaction we may have will say a lot about how well we serve our communities.  Again, while we all want to believe our business is the “best”, that term, “best”, will have different meanings to different potential clientele and that sometimes becomes an issue in funeral home selection.

For instance, while you have tried to do everything the “best”, to some people “best” may be a large beautiful manicured lawn for a funeral home, while other people might picture “best” as a large parking lot with virtually next to the door ample parking.  And, in your situation you might only be able to physically offer one of these situations, yet it might be that factor that causes a client family to choose your funeral home or not.

In essence, while you can try, you cannot define what will cause a singular family to choose your funeral home over a competitor.  And, its not worth trying to beat yourself up over what might have caused one family to do such.

It’s happened to all of us. . . and I’m no exception. . . . that family that I thought was solidly in my funeral home’s corner all of the suddenly was at a competitor’s funeral home.  I couldn’t figure it out. . . . and what should I do about it?

Here’s what I’ve learned about funeral home choice. . . . It is many times made by families on variables that don’t always seem to make sense to those that believe they offer the “best” choice.  Funeral homes are chosen sometimes simply by how close in proximity they may be to the family residence or to the church and other variables when funeral professionals look at professionalism, facility advantages, staff, and other criteria as some of the more critical factors.  We simply don’t understand why a family did not take those traits into consideration.

The other thing I’ve learned about funeral home choice is that it is done on a limited scale by a family in comparison on where they may grocery shop. . . because that is done every week they can get a better feel what is most comfortable to them.  In contrast, a funeral home choice may be done only once a decade.

Funeral choice is highly publicized. .  . the choice is in the obituary announcement and when you are not chosen by a family that you thought was in your circle of clients, that “publicity” for a competitor can be really deflating to your funeral home or your personal psyche.   It is, again, not like a grocery store choice where a consumer can go in relative anonymity . . . and/or can change from week to week if they so choose.

So, how did I handle the times when a client family that I thought was “my family” chose a competitor over our funeral home?  Well, first of all, I always felt bad because I had the attitude that nobody would help that family as good as I could.  However, I did nothing.  . . I didn’t send flowers, I didn’t send a note, I didn’t call on the family, I didn’t go to the visitation, I didn’t go to the funeral.

Doing any of those things, in my opinion, would draw attention to myself and possibly remind that family that they could have chose our funeral home.  I didn’t want that family, especially at that time, to have those second thoughts and maybe feel apprehensive, or sorry for me,  about their choice.  This was that family’s time to mourn and I should not interfere in that was my thought process.

However, I didn’t change my practices either.  If I frequented the family’s hardware store or bought gas at their gas station, I didn’t alter my plans on that either – in essence I didn’t stop buying from them simply because they did not use our funeral home.  If their son or daughter played on the Little League teams I coached, I didn’t alter my practices with their child.   I learned not to let a family’s choices affect the choices that I made in my community and I continued to be very consistent about my choices.

I think consistency matters.  .  in many phases of life.  I didn’t change my habits simply because a family did not choose our funeral home.  And, I think that that consistency paid off over the long run. . . . . so many of those families, that I thought were “our” families, that did not choose our funeral home, eventually did for their next death.

And, I don’t really know. . . but I like to think that our being consistent and fair at all turns led to some of those changes.  So, I know it hurts to lose one of “your” families to a competitor, but I would suggest not to change the way you do things because of it – my guess is that will pay off in the long run.