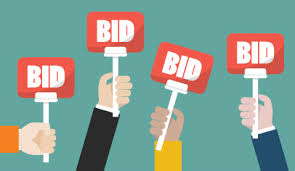 “We’re going to auction off a funeral that has been donated”, said Dick Crooks, Superintendent of Center Ridge Cemetery in Sullivan, Indiana. Crooks calls his auction night, “Indian’s Most Unusual Auction”.

That’s right — in an article and television news story that you can see here out of Indiana, the Center Ridge Cemetery will be holding an auction on April 14 as a fund raiser for the cemetery.

According to Crooks, the 150 year old cemetery has need for funds to do some repairs and upkeep.  “We have a culvert out here at the entrance at the arch and it is collapsing.  We also have just over two miles of roads in here and they need to be repaired and repaved”, said Crooks.  The estimated cost to repair the items that Crooks deems necessary is about $200,000 and this auction is the start of raising that capital.

Sullivan Mayor Clint Lamb said that Crooks is not waiting for “the wheels of government” to figure out how to pay for these repairs.

In addition to the funeral being auctioned, the advertising also talks about tombstones being donated to be auctioned off as well.

According to the article, the Funeral Consumers Alliance is prompting the Federal Trade Commission to require itemized web-site pricing in any new ruling.  The article also stated that in enforcement actions that in 2017 about one-quarter of the 134 funeral homes inspected failed the FTC requirements.