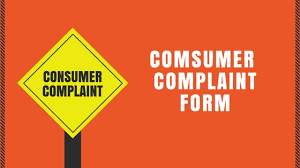 It was a different day and age 30-40 years ago when funeral directors and those in the funeral profession were sought out for their opinions on anything death care related.  Opinions were given and communities and consumers accepted the educated opinions of the death care professionals.  It may be that funeral directors and others in the business didn’t always know the right and proper ways for everything, but adequate care was given to all issues and that seemed to suffice.

However, much like anything else, as we learn more, we continue to come up with new questions and sometimes that leads to questioning the practices of the past as we move forward.  I mention this, and I take no sides, because it seems like the consumer is questioning things that go on in the death care profession more and more.

Today I am just going to point out a few cremation and cemetery issues that have hit the public and have prompted discussion, and more than discussion across the globe.

Amigone Funeral Home Crematory — This New York state based funeral home and crematory shut down their crematory in Tonawanda, New York in 2010 because of neighbor concerns over the emissions.  The crematory installed new equipment and passed regulatory approval to re-ignite in 2017.  According to residents in the neighborhood the capacity has tripled and the residents see “more soot and smoke” than before.  In this article you can read where residents are now seeking a class action suit against the company.

Dignity PLC New Facility — Dignity PLC, Great Britain’s large public funeral services provider is seeking to build a new facility that would include a crematory in Weeting.  They have applied for permits for construction for the facility which they believe will conduct about 800 services annually when completed and fully operational.  You can read this article where residents are fighting against this construction because of the traffic they believe it will bring to the area.

Woodlawn Cemetery – Wadsworth, Ohio — This issue has been brought forward by Mr. Roy Boyes who has family interred in this cemetery.  Evidently the City of Wadsworth uses the cemetery property to ignite its annual fireworks displays because, once airborne, the downtown gets a great view of the displays because of this arrangements.  Mr. Boyes believes that “shooting off fireworks” from the cemetery is disrespectful.  You can see a television news story and read a story about this issue here.  This issue is due for a decision tonight at the City Council meeting.

Cremation Society of Pennsylvania — This is not a consumer complaint but more of an issue involving future clients of the business.  Evidently, a UPS package containing a computer data device was delivered to its addressee on February 12 but the data device was missing.  The personal information of over 24,000 people was included on the missing device.  The company has offered identity protection and credit monitoring services to any of the 24,000 people possibly affected by this action.  You can read about this incident here.