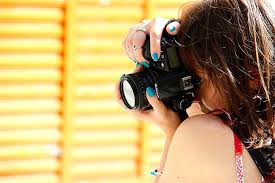 My father died 43 years ago.  I was a teenager.  He was 58 years old and a prominent business man in his small community.  I have no photos of the large event that was his visitation and funeral.  I’ve got a newspaper article and two images inside my head. . . one image is that of our pastor in the pulpit overlooking a filled church sanctuary.  The other image I have is of looking out from the back seat of the funeral home provided family limousine and seeing several of my teenage friends on the church steps and thinking, “Wow, I didn’t know they would come.”

What I really wish I had was a photo album of candid photos from the visitation, service, and interment.  Once I realized that, however, the episode and chance to memorialize it in photos was gone.

Today, I saw this feature article entitled “A Lens into Loss” in the Minneapolis Star Tribune and it brought back those memories and ideas for funeral homes to offer this service to their clientele.  I mentioned it to my wife and she agreed. . . .she wishes her father’s funeral had been documented.

We were married in 1988 and video-ing of the wedding and reception was all the rage.  We actually commented during this discussion, that while we had formal wedding pictures, it would be great if we had a bound volume of 30 or so candid photos also.

The article mentioned deals with Nell Alburto and her business, Minnesota Funeral Photography.  According to the article she tried to chronicle her own father’s funeral but was too immersed in the funeral itself to do a respectable job of such.  That’s what gave her the idea as the article states, “professional photographers memorialize so many life milestones – graduations and engagements, weddings and births – Americans’ notorious discomfort with death makes funeral photography rare.”

As I believe and the article points out. . . maybe America’s attitudes are changing on that subject.  The article points out that last fall Grammy award winning musician John Legend and his wife, model Chrissy Teigen, lost a child to stillborn death at 20 weeks.  Tiegen comments in the article that she asked for photos because she wanted to remember losing her son as clearly as she remembers their wedding and birth of two healthy children.

As many people, especially entertainment influencers do today, Tiegen posted her photos and story to share with others who have had the experience of stillborn death.

The article goes on to relate that photographer Alberto is finding clients and expects this dimension of her photography business to grow.

How can a funeral home prosper from this trend?

If you read my work for any length of time you will realize that I believe successful businesses are built by building brand, enhancing revenues, and containing cost.  Quite frankly, if you can execute on your plans in those thoughts, I believe enlarging profitability is that simple.

Federal Trade Commission cash advance laws not withstanding, for instance declaring volume discounts a funeral home may get from a photographer, it may be possible for a funeral home to reap a revenue enhancement from the hiring of a photographer to memorialize death care events.

My quick guess is that professional photographers are greatly busy on weekends and not so much on weekdays.  If that is the case, they would probably look to add ancillary income at a lower rate than their normal price doing funeral events on weekdays.  If a funeral home could add a price mark-up, disclosed to the consumer, there is some room for profitability for the funeral home also.  Even a $100 mark-up a funeral home doing 100 calls and hiring the photographer for a third of them would garner about $3300 annually. . . . . and, more importantly, offer a service to families that they will appreciate down the road.

Or, maybe you can develop a package that would include 20 or 30 8 x 10 photos in a bound package, a digital clip of all the other photos that were taken and sell for a certain price.  Maybe, outside of a cash advance, you could have an agreement of a per funeral payment to the photographer that would be part of your wholesale cost.

Related–It’s probably no secret that I’m not really into social media and its influencers.  Just a couple of years ago I didn’t know who John Legend was. . . . matter of fact, I’m guessing I still don’t hear his music on my Sirius stations of the 60’s, 70’s, and 80’s.  However, a couple of years ago I read where “John Legend’s nephew signed a scholarship offer to play football at the University of Minnesota”.  At that time I had to ask my sons who John Legend was.

Well, John Legend has now become a Minnesota Golden Gopher football fan and I know who he is.  I find this one-minute YouTube video a little amusing.  . . it is John Legend in the Golden Gopher locker room following a Gopher win.