The US Census surveys the funeral industry every five years.  The next census will take place later this year.  Here is the data on US revenues and employment in the Cemetary, Crematory and Funeral Home industries for 1997-2012. 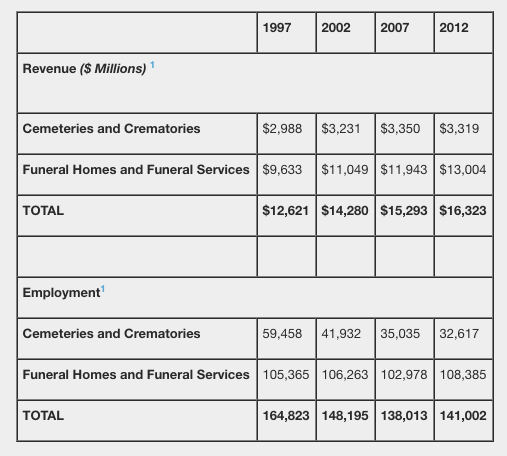 Funeral Director Daily take: The drop in cemetery and crematory staff of almost 46% in fifteen years is probably indicative of the rise in cremation and drop in full-body earth burial nationwide. The relative static employment numbers of people in the funeral home industry over the past fifteen years is probably an indication that it takes just as much in personnel needs to service cremation cases as funeral cases.