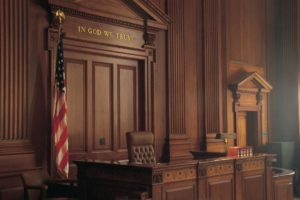 We noticed a number of  items in the litigation section of the Service Corporation International 2016 Annual Report.    Our purpose in listing the claims is not to point fingers.  SCI has had several of the claims dismissed and we are in no position to evaluate the validity of the claims.   We’ve decided to list the claims, however, because they provide a sample of the typical legal risks which a funeral home owner may run.  Our analysis is in italics.  The claims are indented.

Employee legal risks.  A couple of the claims against SCI involve alleged hourly wage violations.  You need be be careful about asking your employees to do thing without paying them if they are hourly employees.

Charles Samborsky, et al, individually and on behalf of those persons similarly situated, v. SCI California Funeral Services, Inc., et al ; Case No. BC544180; in the Superior Court of the State of California for the County of Los Angeles, Central District-Central Civil West Courthouse. This lawsuit was filed in April 2014 against an SCI subsidiary and purports to have been brought on behalf of employees who worked as family service counselors in California since April 2010. The plaintiffs allege causes of action for various violations of state laws regulating wage and hour pay. The plaintiffs seek unpaid wages, compensatory and punitive damages, attorneys’ fees and costs, interest, and injunctive relief. The claims have been sent to arbitration. We cannot quantify our ultimate liability, if any, in this lawsuit.

Adrian Mercedes Vasquez, an individual and on behalf of others similarly situated, v. California Cemetery and Funeral Services, LLC, et al; Case No. BC58837; in the Superior Court of the State of California for the County of Los Angeles. This lawsuit was filed in July 2015 against SCI subsidiaries and purports to be brought on behalf of current and former non-exempt California employees of defendants during the four years preceding the filing of the complaint. The plaintiff alleges numerous causes of action for alleged wage and hour pay violations. The plaintiff seeks unpaid wages, compensatory and punitive damages, attorneys’ fees and costs, interest, and injunctive relief. The claims have been ordered to arbitration, with the arbitrator to determine whether the claims will proceed as a class or individual claims. In addition, the plaintiff filed an unfair labor practice charge against defendants with the National Labor Relations Board alleging that by enforcing a mandatory arbitration provision, defendants allegedly violated the National Labor Relations Act. We cannot quantify our ultimate liability, if any, in this lawsuit.

Karen Moulton, Individually and on behalf of all others similarly situated v. Stewart Enterprises, Inc., Service Corporation International and others ;Case No. 2013-5636; in the Civil District Court Parish of New Orleans. This case was filed as a class action in June 2013 against SCI and our subsidiary in connection with SCI’s proposed acquisition of Stewart Enterprises, Inc. The plaintiffs allege that SCI aided and abetted breaches of fiduciary duties by Stewart Enterprises and its board of directors in negotiating the combination of Stewart Enterprises with a subsidiary of SCI. The plaintiffs seek damages concerning the combination. We filed exceptions to the plaintiffs’ complaint that were granted in June 2014. Thus, subject to appeals, SCI will no longer be party to the suit. The case has continued against our subsidiary Stewart Enterprises and its former individual directors. However, in October 2016, the court entered a judgment dismissing all of plaintiffs’ claims. Plaintiffs have filed documents indicating that they are appealing the dismissal. We cannot quantify our ultimate liability, if any, for the payment of damages.

Landlord Legal Risks.  Landlord issues can pose a legal risk especially if you lease land, facilities or a cemetery from a third party.  SCI was involved in litigation with the Archbishop of Los Angeles after the Archbishop terminated ground leases at certain SCI properties.

S.E. Funeral Homes of California, Inc. v. The Roman Catholic Archbishop of Los Angeles, et al.; Case No. BC559142; in the Superior Court of the State of California for the County of Los Angeles. The plaintiff is a company indirectly owned by Stewart Enterprises, Inc. The plaintiff filed this action in September 2014 to prevent The Roman Catholic Archbishop of Los Angeles (the “Archdiocese”) from terminating six ground leases. In reliance on the leases having 40 year terms beginning at the earliest in 1997, the plaintiff had previously made material investments since 1997 in constructing and operating funeral homes, chapels, mausoleums, and other improvements on the leased premises. In addition, the plaintiff has created a material backlog of deferred preneed revenue that plaintiff expects to receive in the coming years. In September 2014, the Archdiocese delivered notices purporting to terminate the leases and alleging that the leases were breached because the plaintiff did not obtain the Archdiocese’s consent before Stewart Enterprises, Inc. entered into a reverse merger with an affiliate of SCI. The plaintiff disputes this contention and seeks, among other things, a declaratory judgment declaring that the Archdiocese’s purported termination notices are invalid, requiring specific performance of the leases, or, in the alternative, awarding the plaintiff compensatory damages. The Archdiocese filed a counterclaim and a separate action for unlawful detainer in October 2014, and all claims and actions of the respective parties have been consolidated into one case for all purposes. In February 2016, the Court entered a ruling on the parties’ cross motions for summary adjudication based on the parties’ opposing interpretations of the relevant lease provisions and adopted the Archdiocese’s interpretation of its right to terminate the leases.

On July 27, 2016, the parties executed an agreement to settle the consolidated case. Under the settlement agreement, the Company agreed to sell to the Archdiocese substantially all of the assets used in the operations of the six mortuaries located on cemeteries of the Archdiocese and to terminate its rights under the related ground leases. The closing of the sale occurred on November 30, 2016. As a result of the settlement, the consolidated case between the parties has been dismissed.

Do not call list violations.  You need to be careful about soliciting people who are on the Do Not Call list you you may find you are sued.

Linda Allard, on behalf of herself and all others similarly situated v. SCI Direct, Inc., Case No 16-1033; In the United States District Court, Middle District of Tennessee. This case was filed in June 2016 as a class action under the Telephone Consumer Protection Act (the “Act”). Plaintiff alleges she received telemarketing telephone calls that were made with a prerecorded voice or made by an automatic telephone dialing system in violation of the Act. Plaintiff seeks actual and statutory damages, as well as attorney’s fees and costs. We cannot quantify our ultimate liability, if any, in this lawsuit.