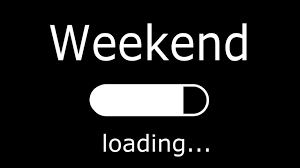 To cap off the week and the month of May we are forwarding to you three separate articles from the world of death care.  Click on the links of these articles to learn more.

State of Washington and its Death Certificate Problem-

An editorial from the Spokane Spokesman-Review that you can read here goes into detail the problems families are encountering because of delays in completing death certificates.  The article states that “at the heart of the problem is a state law that requires autopsies and toxicology tests for individuals whose deaths weren’t expected or aren’t readily explainable”.

The article states that is a good policy, but serves no one’s best interest when the results can take five or six months to complete.  Again, according to the article, at one time last year the backlog for blood tests stood at nearly 6,000 cases, in part, because the lab is also required to do other tests, such as for drunk driving cases.  A spike in opioid related cases is also listed as being part of the problem.

After more than 80 years in business, the Michigan Department of Licensing and Regulatory Affairs is ordering the closure of a Battle Creek, Michigan, funeral home.  You can read an article on the case here.

According to the article, the Royal Funeral Home has been ordered to close effective on May 28 because of irregularities in its prepaid funeral program.  A state audit allegedly found several violations of the Prepaid Funeral and Cemetery Sales Act and the occupational Code.  The State of Michigan alleges that the funeral home failed to deposit over $169,000 from 92 prearranged funeral contracts with an authorized escrow agent.

The Glover Funeral Home of Dothan, Alabama, has acquired the Kent Funeral Homes located in Eufaula and Clayton, Alabama.  You can read a story on the acquisition here.