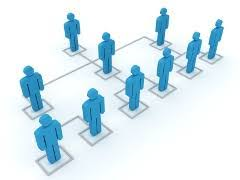 I came into the funeral business somewhat reluctantly at age 19 when my father suddenly passed away and mom needed someone who would be interested in carrying on the family business.  I’ve said many times, the Lord knew what he was doing, because as I reluctantly got involved I learned I was pretty good at being a good funeral director/businessman in a small town.  I ended up loving what I did and was able to not only help people in need, which made me feel pretty good, but I was able to financially do well for myself as well as provide solid income for those that worked with me.

However, I would say that I missed some opportunities simply because I always thought that certain things had to be done by me in order for them to be correct.  Operating a funeral home was easy for me.  Managing and especially trusting the instincts of some of my employees was not always so.  I learned a lot later that I could have done better, and enjoyed more time off, if I had given my employees more leeway in how they operated.

I eventually learned that the more responsibility that I gave younger employees, the better they performed and the more they liked their work. . . .they wanted responsibility and challenge. . . not just to be told what to do.  They blossomed when given responsibility and the ability to make a mistake without being taken to task.

So, it was interesting to me when I read this article from the Messenger of Iowa.  Funeral home owner Jayme Lentz of Algona, Iowa, purchased another funeral home in Fort Dodge, Iowa.  However, prior to doing so, he brought in what he refers to as a Managing Partner in Jamie Brundage to manage the operation in that city.  While it is not explicit in the article, it appears that Ms. Brundage is even, at the minimum, a partner in the Fort Dodge location.

I find this very wise of Mr. Lentz to know by who and how the newly acquired funeral home will be operated.  He’s putting his trust in another person to manage the business from the get-go.  Because of this, with just a little mentoring and oversight when needed, I think he is following a road to success with an additional chapel.

Since I have retired from active funeral directing I have enjoyed making investments in both money and mentoring of young people’s businesses.  I now have four, and soon to be be five, different businesses that I am invested in and I watch the young people operate them with great results.  About once a month I visit with the owner/operator and give some ideas for the business from my perspective.  The mutual respect we seem to have – their respect for my experience and my respect for their ideas, creativity, and entreprenuership – is an environment that creates value to the business.

And, it is certainly true from what I eventually found in the funeral business. . . .the more responsibility that you give to staff or entreprenuers using your money, the more they will crave the responsibility, and the better job they will do.

From my point of view. . . better late than never to learn this.