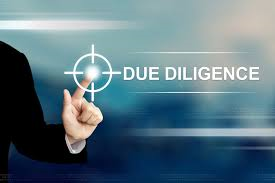 Even before Robert Waltrip bought that second location in Houston in the early 1960’s there were lots of funeral homes that changed hands.  And, I’m guessing that over the years about 99% of those business transactions, especially the transferring of a funeral home to a new owner in a small community, went off without a hitch.

Today, however, there are a lot more items to consider in a purchase/sale agreement so it is really smart to have good representation when you find yourself on either side of the buy/sell equation.

We bring you this article from Arkansas Business which tells of a funeral home asset sale that went off the rails because of preneed and the apparent ignorance of Arkansas rules by the buyers.  The article tells of a recent court case in that state’s Pulaski County that ruled for the seller against the plaintiff buyer in an issue that may not be so rare.

We suggest you read the article, but in a nutshell RPS Ventures, Inc. (RPS) was purchasing the assets of Arkansas Funeral Care, LLC of Jacksonville (AFC) in a transaction for $1.9 million.  The article names AFC as a “troubled” funeral home because it had received some adverse publicity.

Again, according to the article, AFC did have a backlog of preneed funeral policies that had a value of $3.2 million.  RPS, when contemplating their purchase,  was counting on these preneed policies to help with eventual cash-flow and debt payments of the new entity.  However by the time the transaction was closed six months later, a number of policies had been transferred out and there was only about $2.3 million in value left.

According to the article, there was no mention of the value of preneed policies in the asset purchase agreement.

A spokesman for the Arkansas Insurance Department said, “Prepaid funeral contracts aren’t assets of a funeral home.  The policies can be included in a sales agreement, but they don’t automatically transfer from one owner to another.”  In Arkansas, according to the article, a new owner has to notify each policyholder explaining that the funeral home had sold and that they have the option to stay or transfer their burial policies to another funeral home.

At the end of that process only 663 people and $670,000 worth of contracts committed to stay with the new owners.  And, in a deposition leading up to the purchase, a representative of the purchasing group testified that he “wasn’t quite sure about the details involved in transferring contracts.”

In the conclusion of this court case, the court ruled that RPS must pay the $1.5 million that was owed to the previous owner, AFC, and any counterclaims against misrepresentation by AFC would not be considered.

Funeral Director Daily take:  Preneed is an interesting item and one that has rules that vary from state to state.  However, it is my opinion that in states where it is 100% trusted or 100% put into an insurance policy, it should be the consumer’s decision on where the services and, following that, the payments should go.

If a funeral home is sold and the consumer does not appreciate the operations of the new owner or simply wants to transfer to another funeral facility, that should, in my opinion,  be allowed without penalty.

In Minnesota we are 100% bank trusting or insurance.  I used to tell families that their payment to their preneed account should be considered a “bag of money” that is transferable to another funeral home should they move out of the community.  By extension, I would commit then, that the “bag of money” is transferable if they found a better deal or just wanted another funeral home in the community to serve them.

This case is an example why buyers especially need to be aware of, not only preneed rules, but all the regulations requiring asset transfers in funeral related transactions.

Related:  Some time ago Funeral Director Daily did an article entitled “Values of Intangibles in a Funeral Home sale” which discusses preneed assets.  You can view that article here.