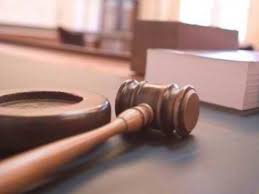 We learned yesterday that the Trump administration Department of Justice has filed another brief in support of the funeral home that will have its case on transgender discrimination heard by the Supreme Court this fall.  The case, which we highlighted in a Funeral Director Daily article that you can read here earlier this year, is scheduled to be heard by the country’s highest court beginning on October 8.

As you may know, the basic facts of the case are that an employee of a Michigan funeral home, who was a man, began a transgendering process.  At that time, the employee preferred to wear women’s clothing.  The employer, citing the funeral home dress code, required the employee to wear a male suit and tie.  When the employee refused, he was dismissed by the employer.

Upon a lawsuit, the original District court ruled for the employer, but that ruling was overturned by the 6th U.S. Circuit Court of Appeals in Cincinnati.  Thus, the appeal by the Michigan funeral home to the Supreme Court.

According to this article from Business Insurance, the Department of Justice filed a brief last Friday “urging the U.S. Supreme Court to rule that transgendered individuals are not protected from discrimination under Title VII of the Civil Rights Act of 1964.”

The filing by the DOJ also asked the high court “to overturn a federals appeals court ruling that held a funeral home’s fired transgender employee was protected from discrimination under Title VII.”

Again, according to the article, “The DOJ’s arguments include that Congress has not acted on the issue of Title VII protecting transgendered individuals.”  It continues by stating, “proving discrimination because of sex under Title VII requires showing that an employer treated members of one sex less favorably than similarly situated members of the other sex. . . . treating all transgender persons less favorably than non-transgender persons does not violate that rule.”

Funeral Director Daily take:  I find the arguments in the types of cases that reach the Supreme Court fascinating — generally on both sides.  In this case I think it is important as to the fact that the funeral home had a dress code — skirts for women funeral directors, suits and ties for male funeral directors. . . and the employee apparently was unwilling to follow that code when asked.

It will be interesting to see how the Supreme Court rules on this case. . . In any regard, I expect it to get publicity and simply because a funeral home is involved, it will probably get more publicity than if it happened at a school or retail establishment.