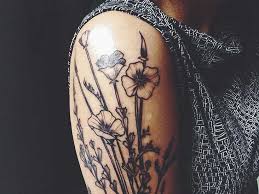 It’s been almost forty years ago when I had a new idea for a business and approached a well-heeled potential investor.  The person did not become an investor but he did send me a note that he wanted to visit about the idea.  And, in that note he made this comment that has always stuck with me, “Your idea seems new and different and one would expect it hard to succeed with it.  However, before I hear more about it I certainly am not in a position to criticize it.”

That investor did not invest and the idea became – in relative terms – successful.  One of my biggest take-aways from that period, however, was the gentleman’s position of not being comfortable with criticism before hearing the full concept.  That’s a lesson I really learned at that time and it has proved successful for me as I listen to young entrepreneurs today with a much more open mind.

It is with that preamble that I point out two recent articles that I read that deal with the use of human cremated remains in what I would call “art forms”.  These ideas are not for me, however, there seems to be a market for them and the products seem to bring a sense of relief and remembrance to many who find comfort in the process and products.

The first article that I am linking is this recent article from the Houston Chronicle about Houston-based artist Wayne Gilbert.  According to the article, several years ago after the death of a relative Gilbert came up with the idea of humanizing art by mixing cremated remains into the paint.  In Gilbert’s words he said, “I just thought it set up a new dialogue — between art and the human being.”

The article points out that in early March and continuing for several weeks, Gilbert has been one of the featured artists at New York gallery owner Bill Arning’s Outsider Art Fair in New York.  Arning hopes that Gilbert’s works will be seen in New York and be exposed to a new set of potential collectors.

A connection that can be “with you forever” is how some explain the idea of having a tattoo drawn on their body where the ink contains some cremated remains of a loved one.  This article and short news video from NPR’s WUFT-TV explains what one tattoo recipient says of his tattoo memorializing his 2-month old daughter with this comment, “(Is) a way for her to be literally and figuratively a part of us forever – literally inside of us.”

Cremation tattoos are fast becoming a way in which family members permanently memorialize their loved ones on their bodies.  The process involves “infusing tattoo ink with loved ones’ ashes” prior to the tattoo process.  Some tattoo artists do the mixing themselves while there are also tattoo supply companies who now specialize in providing the mixed ink to artists after collecting a portion of the deceased’s cremated remains.  One company was founded in 2019 when they provided the ink for 19 cases. . . In 2021 that company provided the ink for 84 cases which shows a growth mode in the process.

The article states that the Food and Drug Administration has not yet approved the use of cremated remains tattoo ink on the skin.  On that subect, Dr. Rodrigo H. Valdes Rodriguez, a clinical assistant professor of dermatology at the University of Florida suggests that the use of “ashes” in ink could increase the chances of an acute or chronic skin reaction.

Enter your e-mail below to join the 2,609 others who receive Funeral Director Daily articles daily: