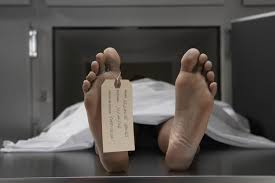 It was probably ten years ago when I, as a funeral director, received a phone call from a member of a family whose father was on hospice care.  The family member told me that his father “wanted his body donated to science” and had made arrangements for a private company to help them do that.  He also told me that the company would be calling me to give me advice on how to prepare the body for air cargo shipping to their location.

This was a first for me.  We routinely help families with anatomical requests but, being located about halfway between the University of Minnesota Medical School and the University of North Dakota Medical School all requests generally end up going to one of those two places for educational study purposes.  And, in either case, unembalmed bodies are driven to those locations and we don’t have to worry about preparation for common carrier air flights.

Shortly after the son’s call, I did receive a call from the donation company.  He told me that he would like the body unembalmed, surrounded by dry ice and placed in a sealable Ziegler case.  I listened, took instructions, and after hanging the phone up, realized this was not what I was used to.

I can’t remember exactly who I talkded to at this time, but my next call was to the Minnesota Funeral Directors Association.  They informed me that this was probably a private enterprise paying for the body donation in order to broker the body parts and, quite frankly at that time, an illegal act in Minnesota.

I then had an uncomfortable call to the son.  I explained what I had learned and asked if he knew more.  He knew that the family was to be paid and luckily, he did not want to do anything that was improper and/or illegal.  And, even more luckily, his father was still in good mental condition and, once they heard of the university programs I had mentioned, would be happy to sign his body to either of those.  I brought University of North Dakota forms to the house, they were signed, and the anatomical bequest was eventually completed.

I can even remember getting the cremated remains back for that family and having a committal service at the cemetery over a year later.  I think everybody, including this funeral director, was glad with how things turned out.

So, that fairly long preamble brings me to today’s article.  United States Congressional Rep. Bobby Rush of Illinois has introduced and is working a bill through Congress entitled, “(the) Consensual Donation and Research Integrity Act of 2021″.  The bill has nine co-sponsors which includes members from both political parties.

The bill, if passed and signed into law, “will ensure that families do not unknowingly contribute to the for-profit industry in which the body of their loved one could be traded as raw material in a largely unregulated national market” according to the National Funeral Directors Association (NFDA).

CANA, ICCFA, and the NFDA all support this legislation.