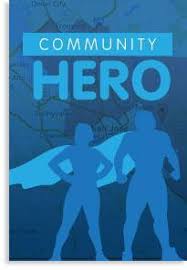 While I was researching for articles for today’s post it just hit me as I looked at the articles and I realized that just about everyday some funeral director is written up in their local newspaper because what they have meant to their community.  Most of us are happy to be in the background just helping families through their grief and doing what we are supposed to do.

However, in a world where blowing your own horn is seemingly done more and more, it appears that our communities are recognizing those who are in their midst and don’t clamor for attention.  So, today I just picked out a couple of the articles and am going to feature these fine folks from funeral service as a reminder to the work we do in our profession every day.

Phil Miller – You can read an article from the Journal Patriot of North Carolina here which describes Phil Miller of Hays, North Carolina and his upcoming retirement.  Miller says “he’s done it all.  You name it, I’ve done it. . . wait on families, work funerals, sell cemetery properties, sell pre-needs, sell monuments.”

According to the article, “Miller, 70, said it’s been a career with long hours but rewarding work, even though grieving families often didn’t know his name or the work he did behind the scenes.”  Miller says, “The families that I’ve served and taken care of, and created that memory picture for them don’t need to know who I am. . . just as long as they are happy.

Again, according to the Journal Patriot, Miller served in combat with the U. S. Marine Corps in Vietnam and was honorably discharged in 1969.  Miller does not regret leaving the Marines because he’s “been able to serve the families of Wilkes County in the same fashion he faithfully served his country.”

Michael B. Johnson, Sr. – Johnson is the owner of Brown’s Funeral Home in Grand Rapids Michigan and the owner of Toombs Funeral Home in Muskegon Heights, Michigan.  On February 23rd he was honored in his community with the “Giant Among Giants Award” that is presented to an individual or organization whose achievements are felt throughout and beyond the Grand Rapids community.

According to an MLive article you can read here, Laura Moody commented, “His deep compassion for those in need and for the healthy development of our youth have inspired him to give more than one-quarter million dollars in charitable gifts and thousands of hours of his personal time.

In response, again according to the article, Johnson stated, “My effort in life is to assist as many people as I can from day to day and be a help to them through the filed of funeral service that I have chosen as my profession.”

Funeral Director Daily take:  I had great mentors in the death care industry and I bet you did too.  Today’s article is just an article featuring two people who are representative of our profession.  If you are overdue in thanking those in the industry who you have looked up to, maybe today is the day to pick up the phone and give them a call.