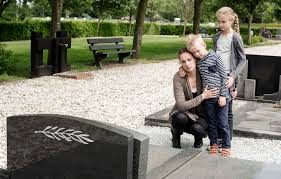 My younger brother, Jim, and I learned about the death of a parent the hard way.  I was a 19 year-old Freshman in college and he was a 15 year-old Sophomore in high school when our father died of a sudden heart attack while servicing a funeral.

Immy Leith learned the hard way, too.  The young lady from Great Britain was 10 when her mother, Kerry Leith, died from cancer.  Now, at the age of 12, Immy Leith is doing something to help others who may find themselves in her situation.  According to this article from BBC News, “she has become the face of a campaign to get lessons in bereavement taught in school”.

And, Immy has found another advocate in funeral director John Adams.  Adams was the funeral director who served the Leith family two years ago and himself a child who learned of loss at an early age.  According to the BBC News article Adams mother died when he was 12 years old.

Richard Leith, the husband of Kerry and father of Immy said this about Adams and his service to their family, “”We were really lucky that John walked into our home on that morning, not just as a person who’d come to collect the body, but he took the kids aside and said ‘this is about you, you’re at the centre of this.'”

It turns out that Immy is quite the leader.  She has already raised thousands of British pounds for cancer charities and now she is telling people in the quest for classes on bereavement to be taught in public schools, “Just being able to talk about it has helped so much more than before” and “I think it would have been better to talk about my feelings more“.

It also turns out that Immy Leith is not the only leader in this story.  Funeral director John Adams just happens to be President of the National Association of Funeral Directors (NAFD) this year, Great Britain’s equivalent of the United States National Funeral Directors Association (NFDA).  According to the BBC News article “he (Adams) has helped launch an online petition to try to get the issue (Bereavement classes) debated in Parliament, and recently raised the matter with King Charles.”

Adams says, “It’s about showing people going through a loss that they’re not on their own, and it’s about helping to instill some compassion and empathy into classrooms across the UK.  “[It’s about]helping teachers… and also about giving tools to young people. . . . . I think we look at grieving as a process you can use to move away from that really tragic event, and start to figure out what the rest of your life is without that person there”.

Funeral Director Daily take:  My wife, Angie, will tell you that I’m not shy about meeting new people.  And, one of my colleagues on the University of Minnesota Board of Regents once told a reporter that I was so friendly that “(I) would talk to a fence post if it talked back”. . . I guess I take those statements as compliments.

It just so happens that during the NFDA convention in Baltimore I was at the snack area and heard a couple of men with British accents talking.  I asked if I could join them and for the next 30 minutes had a wonderful discussion of death care and funeral service commonalities even as it spans the Atlantic Ocean.  Turns out that one of those Brits was John Adams.  So, I’m not surprised at all that he is helping Immy Leith carry the mantle to get bereavement opened up as a human condition in the public schools.

I’m a great believer in the adaptation of the human condition as our knowledge of society unfolds.  Back on September 12, 1962, United States President John F. Kennedy gave what is described as the “Moon Speech”.  It is in that speech that he told the world that American ingenuity would put us on the moon within a decade.

But something else President Kennedy said in that speech has always given me an understanding of human social history.  Kennedy stated on that day, “We meet in an hour of change and challenge, in a decade of hope and fear, in an age of both knowledge and ignorance. The greater our knowledge increases, the greater our ignorance unfolds. No man can fully grasp how far and how fast we have come.”

I think that, over history, there has been a lot of places where our knowledge increased which, in turn, showed the ignorance we held before that knowledge.  In just thinking of the United States. . .our eventual knowledge of certain truths certainly made us look pretty ignorant prior to that knowledge.  Think of how our society has evolved with truths that become evident over time. . . . in the 1860’s the right for Blacks to have freedom, in 1919 allowing women to vote, in 1964 the Civil Rights Amendment, in 1972 Title IX that gave women equal rights in education and other areas.  Waiting so long, as a society, to grant those rights showed a certain ignorance of mankind.

From my point of view, our medical people have figured out a lot of what makes us tick physically and are no longer ignorant on how to fix heart ailments, certain types of cancer, and the like.  However, I believe that the next frontier of medicine is the brain and in the future we will better understand mental health and bereavement issues. . . . and opening it up to talking in schools is a great start in gaining the knowledge necessary to do just that.