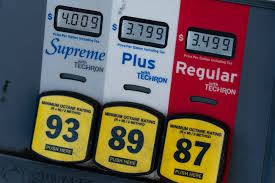 I’ve told you before that I get a lot of ideas for articles simply by seeing what is going on in “current events” and then trying to hypothesize how those current events will affect the death care industry.  I’m writing this column on Thursday, October 14, and during my workout this morning with the television on I saw a couple of statistics that reminded me how difficult it can be to manage a business through constant change.  . as compared to a period of relative stability.

Two items I noticed were that, after almost 40 years of relative calm, the Cost of Living Adjustment (COLA) for Social Security recipients will be going up 5.9% in December reflecting a “roughly” 5.9% inflation rate over the past year — not “transitory”, but pretty much here to stay and the biggest COLA since 1982.  The other item I saw was that thru August (representing 11 months of the U.S. governments 2021 fiscal year) revenues for the federal government were up 18% over the anticipated budget for the same period.

Those statistics got me to thinking how detrimental the polar opposites of political parties and agendas in America can be to our businesses.  As a matter of fact, it makes me believe that smart business people create and operate successful business systems in America in spite of the obstacles that government throws at them.

Regardless of which side you take or favor, what I call the “Newton’s Cradle” (Newton’s Cradle is the name of that pendulum on your desk with the silver balls that momentum swing’s back and forth) of American government policy certainly doesn’t seem to favor businesses.  Policies that move from the far Right to the far Left and back again depending on who is in power are not conducive to building long-range plans to help businesses grow under stable rules.

My dad was a lot like Will Rogers. . . he was educated as a funeral director, but the rest of his knowledge was either self-learned or common sense.  Here’s how he explained the American tax system to me:

“As a nine or ten – year old my father gave me a short lesson on taxes that I’ve never forgotten.  We were in some type of store and my father had given me one dollar to spend on myself.  I chose something that was marked ninety-nine cents and when it was rang up at the cash register the amount due was one dollar and three cents.  I didn’t understand.  My father paid the three additional cents and I asked him why it was marked ninety-nine cents, but I had to pay one dollar and three cents.

I’ll never forget the response – taxes.  Then my father told me that when he works at the funeral home and people come to him to take care of people that die, they pay him and it is with that money that our family lives. .  . and pays our bills for our home, and our food, and our clothes.

Then he asked me, “Who pays for the firemen or the policemen, or your teacher?. . . . .Because they do not charge us for their services.”  I thought about it because what he said was true, but I didn’t know.  He said paying those people and paying for things like our roads are what taxes are collected for. . . . they are collected and used to pay for things that our government deems necessary for the good of all people.

Dad also said that the word “taxes” is not a bad word like some people make you think.  He continued and said that “taxes” are inherently good because they help build our society, but people will always argue about the level of taxes that are appropriate and what those collected taxes should be used for.

I’ve lived more than fifty years since that discussion and I’ve never had a better description.  America cannot live without the collection of taxes.  We still do collect and disperse tax money, and it is healthy to have discussions about what our taxes should pay for.”

So, what is my point of today’s article.  We’ve now had a change of leadership in Washington, DC.  The tax plan enacted in 2017 seems to be bringing in more money than ever expected — especially, as you can see from this table — in Gross Corporate Taxes (up 57%).  By the way, personal income tax collections are up as well.  That seems to indicate that America’s businesses and individuals are doing well. And, you have probably put in a long-range perspective and plan with your business to reflect and operate within this tax system.  Things such as capital investment depreciation, inventory, and deductible expenses come to mind in the planning.

Yet, our representatives in Washington, DC seem to want to monkey with this system while the other item in the news — the rate of inflation — seems to be moving out of control and, will possibly, lead to funeral home, crematories, and cemeteries having higher costs of doing business which will lead to less profits and less revenue for the federal government.

For instance, a third item in today’s news was that I read in the Minneapolis Star Tribune that those of us who live in the north or operate businesses in the north can, as this article headline stated, “Expect to see heating costs surge 30% or more” this winter.

If funeral home operators adjust their prices to reflect this inflation, it is possible that those higher costs to conduct services may well cause the American death care consumer, who are also getting squeezed by inflation, to look for lower priced options to items like earth burial with full services, caskets, and vaults.  If families look to lower priced, probably lower margin to the business owner, options, then your profits, and eventual tax payments to the federal government will suffer.. . . . it can be a vicious circle.

So, at least from my limited knowledge of macro economics, if inflation cannot be brought down to a more stable level, those in our profession with the most to lose are those with the highest fixed cost of business. . . . .that would be traditional funeral homes.

And, have you thought about the shortfalls that may result if you guarantee preneed funeral accounts over time.  In a period of low interest rates your preneed policy provider maybe guarantees a 3% increase in benefits per year but if your costs go up 5.9% then you will be losing margin on those accounts also.

Again, from my point of view. . . . inflation, and not tax rates, should be where the concern is in Washington.  Make sure you know the situation as you are planning your 2022 budgets.