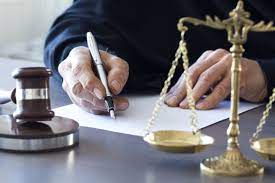 In a decision that came down in early July 2021 a Canadian arbitrator has ruled against a funeral home and for its two employees in a case involving employees rights to a pierced nose and un-covered tattoos.  You can read the article from Canada’s National Post on the decision here.

In essence, the decision by arbitrator Amal Garzouzi stated, “(the funeral home) is violating its workers’ rights and offered no proof the body art upset grieving clients.”  Garzouzi continued, “The rules on dress and body image established and in force for more than thirty years must evolve with our times and adapt to the current context while respecting the rights and freedoms of employees”.

The ruling was not unexpected as in May a similar ruling ruled against Air Canada and for their cabin crew employees in the same type of case.  The funeral industry, it was argued, is a much more sensitive setting and there was some hope for a different ruling.

Here’s what the National Post said about the case, “The case centred around two grievances. One involved a male employee who had his nose pierced and a diamond jewel attached about six months after starting work. He was asked to cover it but instead replaced it with a gold nose ring.  The other came from a female employee with tattoos on both hands that management insisted be covered, as company rules stipulate.”

The workers argued their rights to free expression and privacy under the Quebec charter of rights were violated by the policy.

The arbitrator, Amal Garzouzi, also said this in his ruling, “The actions taken by the employer appear to be based on concerns from another era. ”

You can read about the case and the official arbitrator’s legal ruling here.

Funeral Director Daily take:  Businesses evolve and people evolve.  Sometimes that evolution causes friction.  I’m somewhat old fashioned and just don’t think some of current fashion is appropriate in the funeral home setting.  However, I like to think I’m open to listening to my employees’ reasonings.

I just come from a different time.  Funeral days were always white shirts, ties, black shoes and a dark suit.  Non-funeral days still were shirt and tie days but allowed me to wear khakis and a shirt with a little color at times.  It was just my time.  And, I understand it won’t be that way forever. . . things change.

More so than the fashion or freedom of expression this ruling brings is, in my estimation, the limit it puts on private employers to build their appearance brand in the way that they feel best for the future of their business.  That’s where the friction comes and we recently had a Supreme Court case decided for the plaintiff on gender dress choice in the United States Supreme Court so the law seems to be on the employee’s freedom of expression decision over the brand building decisions of the company.

I have two sons, both with respectable business positions in the aviation and automotive industries respectfully.  They are both college degreed and considered in professional employment, however, I’ve seen them go to work in shorts and their employers are just fine with that.  It’s just a different day and age.

Professionalism will evolve and the appearance of it will also.