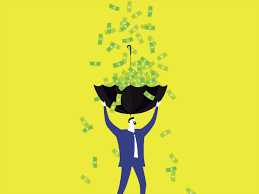 It was only two years ago that many of us were introduced to a major player in the global private equity industry named Providence Equity Partners.  According to this article which appeared on the American Funeral Association blog in December 2018, Providence had made inquiries into many companies in businesses that I will define as “businesses that support funeral homes in the death care industry”.   They were not like the acquisition consolidators that we all have known about that target retail funeral establishments, but it appears that they targeted companies serving those businesses.

In that December 2018 article we were told that Providence Equity Partners had already purchased SRS Computing, Frazer Consulting, and FrontRunner Professional.  While their moves and acquisitions are private, it is now believed that they purchased AdPerfect in August and may own as many as eight companies in the death care sector.  AdPerfect is an obituary platform used by media companies.

A long-term plan for these acquisitions by Providence was also theorized in that December 2018 article.  That theory was,  “There are 2 typical paths for this type of sector-specific acquisition strategy. First, Providence Equity could be taking a controlling stake in death-tech companies to merge them together into an integrated death-tech superpower. By merging the right companies they can leverage economies of scale and increase profit margins. Alternatively, Providence Equity could be collecting the companies under an umbrella organization but keeping them separate with the intention of selling the package to another firm. The latter strategy is far more likely because it aligns with Providence Equity’s recent-past investment strategies, specifically in the Church technology space.”

In reading this article (click the “x” to get past the pay wall for a one time read) from Barron’s on Friday, it now appears that the 2018 article is correct and the strategy of Providence Equity is to merge these companies together for economies of scale and then to sell the company.  Providence Equity has banded these death care companies together in what they now call Tribute Technology.

The Barron’s article also tells us that Tribute Technology allows funeral homes, cemeteries, and crematories to offer services such as payments, insurance assignments, online publishing, and e-commerce.  It is expected that other private equity firms as well as large fintechs (financial technology companies) could be in the arena of possible suitors.

Funeral Director Daily take:  A billion dollars is a lot of money.  It has made me wonder if death care valuation is moving away from those businesses who care for the body to those businesses that offer support to the consumer in the world of technology and celebration.  It is something that bears watching.

Just for comparison’s sake, I went to the publicly traded companies to look at their valuations as of Friday.  Their valuations are reflective of the number of shares of stock outstanding multiplied by the share price which then gives an estimation of the company’s value on that date.  Here’s what I found:

Finally, I wanted to point out that Foundation Partners Group is owned and financed by a Baltimore private equity company.  It will be interesting to see what the end-game is for that group.  That company, Access Holdings, seems to also concentrate their efforts in certain industries.  It is interesting to note that two of their focuses are on Death Care and Pet Loss.  You can see their focuses here.

Here’s what Access Holdings says about the opportunities in “End of Life Services”.