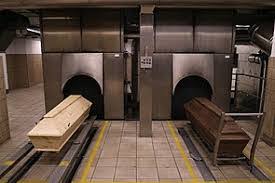 In the last couple of weeks we have seen headlines and television news stories about black smoke rising from crematory exhaust stacks.  This article and news video from WSVN of Miami, Florida, shows what appears to be a problem from a crematory near the community’s Little Havana neighborhood.

Steven Bedoya, an environmental specialist supervisor of Miami-Dade County is quoted as saying this, “No one should see black smoke coming from any of the county’s 11 human crematories.”  Bedoya also said that the environmental department had never seen smoke in the thickness that was documented at any facility that they regulate so they immediately launched an investigation.

On that invesitgatory visit, the inspector saw “no visible emissions” and found “no violations”.  However, the article states that “the investigation into what we saw (documented earlier) will continue.”

The smoke from the cremation stack that was documented has also caught the attention of Dr. Naresh Kumar, and Associate Professor of Environmental Health at the University of Miami.

This article and news report comes on the heels of the State of New York’s Department of Environmental Conservation suspending the operations of a New York crematory for the same reasons.  You can read about that here.

Funeral Director Daily take:  These things can happen.  We installed a crematory into our mortuary in 2006 and I always worried about these types of incidents.  I was convinced that our crematory was safe to operate and safe for the neighborhoods.  And, I’m grateful that we never had this type of public incident.

While I place no blame on the operators or the crematory system itself, I think that this type of issue could have drastic public relations consequences to crematory operators and their business, especially if they are retail funeral establishments located in residential neighborhoods.

To that end, I think it is great that certification of operators is increasingly taking place in our profession.  Not only do I think the education on how to operate crematories is good to know for the operator, I believe that knowledge may make the difference in proper operation, which could save a funeral home considerable damage in the public relations sphere by understanding the crematory operation which could stop an issue even before it arises.

In today’s information for funeral professionals we include an opportunity to receive a National Funeral Directors Association (NFDA) Cremation Certification Program by virtual attendance beginning next week.  (We notice the Registration date is listed as September 28, however, maybe, if you cannot get in this class, you may be able to inquire as to when the next one will be offered).