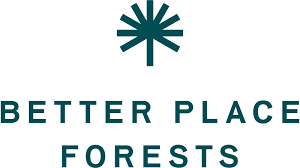 A fairly new entity into permanent memorialization, Better Place Forests is described in the article as “as sustainable alternative to traditional cemeteries”.  According to the Better Place Forest website, a memorial package could include the rights to a memorial ceremony where your ashes are mixed with soil and returned to the base of a tree, designated specifically for that individual.  The memorial package would also include a customized memorial marker. . .all encompassed in a place of natural beauty with walking trails and a visitor’s center.

Better Place Forests are another option in the growing alternatives for permanent memorialization.  Permanent memorialization, what was once confined to cemeteries with earth burials, mausoleums, and columbariums, has become a world of differing options in the past decade.  Scattering of ashes has always been an option, but now there is solidified remains, soil from natural organic reduction, and cremated remains being buried in a natural forest.

All of these, in my opinion, are viable options for permanent memorialization of cremated human remains and help with the issue of these remains being left in closets over the years.  Again, in my opinion, no one deserves to be forgotten and the more permanent options that “fit” what the consumer may want, the better off our profession will be.

According to article, the founder of Better Place Forests, Sandy Gibson commented, “. . .80% of baby boomers choose cremation, but they are not pre-purchasing in cemeteries.  It’s not that they don’t care about rituals and they care about their family being taken care of.  They want something different. They’re drawn to values like celebrating life or taking up less space and leaving the world a little bit more beautiful.”

According to the Better Place Forests website, in addition to the five properties in California, they now have locations either operating or under development in Minnesota, Illinois, Massachusetts, Connecticut, and Arizona.  Again, according to their website, memorialization prices, including having your own designated tree, begin at $5,900.