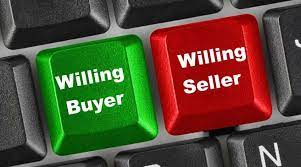 And, at differing times there are forces from outside the buyer and seller which cause that price to go up or down by their forces that happen outside the transaction.  For instance, of late the United States has had that “price transaction amount” on gasoline creep up simply because the country is not producing the amounts of the product that the consumer is clamoring for.  In essence, sometimes the price moves – up or down – at no fault of the buyer or seller. . . it is outside forces that produce the movement.

I noticed this prediction in a recent Yahoo Finance article, “The next six months could see the resumption of headline-making deals as companies look to get out in front of higher financing costs. This applies mostly to the tech sector, as valuations have plunged across the sector for attractive businesses.”

Reading that prediction made me wonder, “Where are we with the sale price of funeral homes in the United States?”  One reason I wonder is because I see two outside forces — inflation and interest rates — affecting those prices in a downward way.

Inflation — The thought process on inflation affecting the value of a funeral home is that, in my opinion, funeral home businesses are worth the cash-flow that they generate.  If, in fact, inflation is a net-zero sum.  . meaning that for every dollar you have in higher expenses you can recover that in sales revenue, then inflation would not play a part in decreasing the value of one’s funeral home.

However, if inflation is more of a one-way street, which I believe it is for the short-term, then higher business costs, without recovering them in sales revenue, would push a funeral home’s profit margins downward.  And, since funeral homes are sold in most cases on a multiple of one’s cash-flow or EBITDA, you would expect the sale price to be less – a reflection of that lower profit margin.

Interest Rates — While a funeral home has a value that can be “ballpark”  reached to some extent with a mathematical formula, interest rates rising may make it difficult for the buyer to agree on that perceived price because of the extra cost to purchase over time.

For instance, let’s take a $4 million valued funeral home where a buyer can put 20% of the purchase price down in cash.  That leave’s $3.2 million left to finance.  At differing interest rates here’s what that might cost the proposed buyer in annual payments:

I believe that common sense would tell you that interest rate difference produces a real difference in money over the 20 years and as competitive interest rates rise an astute buyer would certainly look at a lower price in direct proportion to an interest rate rise.

This exercise is not to say that all funeral homes will lose value in a world of inflation and higher interest rates.  Some funeral homes are very much in demand and, probably more so than any other variable, the more prospective buyers there are that want to purchase a specific funeral home will competitively drive the price upward.

There are a lot of variables that go into the pricing and sale of a funeral home, but at this very time in our history – with rising interest rates and rising inflation — that price agreement by a willing buyer and willing seller may be more difficult to reach.