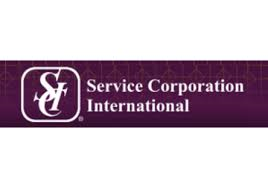 I read an article published on Friday by Samuel Leathers and featured on the site, Seeking Alpha.  The crux of the article, which you can read here,  is the author’s opinion that a better way to play the “Graying of America” demographic in the stock market than senior housing and the nursing home industry is to make a play on the death care industry, and specifically, the public company Service Corporation International (SCI).

Some of the opinions as presented in the article are such:

Funeral Director Daily take:   I think that this is a really good article.  I think that it gets a lot of facts correct about Service Corporation International and its current operations.  One of the things I enjoyed seeing in the article was a graphic of the United States which showed SCI’s properties by state.  That graphic alone was worth the article for me —from it I surmise that SCI is pretty adept at focusing future growth in locations on “where the people will be.”

That last sentence makes a lot of sense.  It was bank robber Willie Sutton who when asked why he robbed banks, responded, “Because that’s where the money is.”  I think it is apparent, when you look at the map, that SCI’s overall structure is to have facilities “Where the retirement people are.”  It appears to me that SCI will have an acquisition strategy in the Southeast, the Southwest, and the Mountain States, while being more selective in acquisitions in the East, Great Lakes, Midwest, and Western Prairie areas of the country.

Finally, my final take on the article is that Leathers may be too bullish on the company somewhat out of naivety of the industry.  No where does he talk about the potential for less revenue per service – because of the rise of direct cremation – as the industry moves forward.  To me, that number is the biggest unknown in this type of investment.