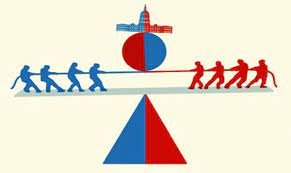 However, in America there is too much death.  And, I’m not talking just in 2020 and the idea of the COVID-19 deaths that have included about 541,000 souls at present. . . an increase of about 15% over our normal yearly totals.

I’m talking about preventable deaths. . . . those deaths that are due to opioid addiction or gun violence.  These are deaths that have to stop.  Just in the past week alone we have had eight deaths in mass shootings in Georgia and ten deaths in a mass shooting in  Colorado.  That’s 18 deaths right there — 18 too many — and we have 18 of our colleague funeral directors sitting down making 18 different sets of funeral arrangements because of it.

Those 18 precious innocent dead souls come from all walks of life. . . .they are brothers and sisters, mothers and fathers, daughters and sons. . . . . and none of them wanted their funerals held this week. . . . all of them had lives they wanted to live.

Yes, America has lost over 540,000 of our wonderful citizens to COVID-19 this year. . . . . but statistics show us that every year we are losing about 110,000 — a full 20% or one-fifth of this year’s COVID deaths— of our citizens each and every year to opioid overdoses and gun violence which includes both homicides and suicides.

Our politicians in Washington have failed us.  Like our eighteen colleagues this week. . . .we’ve all sat with families who have lost loved ones, and usually young loved ones to drugs or gun violence.  And, it is no fun, for the funeral director and especially for the families.  We need to find a way out of this spiral.

Our politicians are dug in on both sides and believe compromise “statesman-like” positions are failure.  . . yet, being dug in for their side only causes more problems.  In the summer of 1996 MSNBC signed on the air and the Fox News Channel followed only three months later.  To me, they both seem to portray one side of the issue as most certainly correct.  Since that time Americans, including politicians, have been able to watch their chosen side of the argument, chastise the other side, and dig their heels in even farther.  It’s moved the parties to the extremes and is one reason that there is no room for compromise.

Think about the ramifications of those stations. . . . the Clinton presidency, the last begun before those stations started, entailed a Democratic president and, beginning in 1994, a Republican congress.  Even with their differences they were able to compromise to balance the budget, put 100,000 more law enforcement officials on the street to battle crime, recorded the lowest government spending (as a percent of the economy), and recorded the lowest federal income tax burden (as a percentage of personal income) in the preceding 35 years.

Where are the statesmen today?  Democrats say they want less guns, Republicans say they want less crime, and both say they want to help with mental health issues. . . . . .With that, you would think there is enough common ground there to move both to the center and get something done. . . . . . and, if they did, I’m pretty sure that funeral directors, and our suppliers,  will be happy to live with less deaths (and business) from these sources.