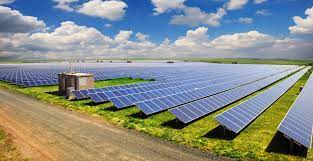 Over the history of successful products you will encounter many that the intended use for the product never developed into something big, but another use came into play, many times by accident, that worked out okay for the developers of the product.

First, let’s take a quick look at some products that have became very successful somewhat by accident.  In the 1920’s an unknown disease caused cattle to spontaneously bleed to death.  It was discovered that these cattle had eaten a moldy hay made from sweet clover.  The result of that combination caused a powerful natural anticoagulant in the animals’ blood.  Doctors realized that this may be able to thin blood for human patients who need that treatment and in 1948 Warfarin was launched.  Today, Warfarin is the 11th most prescribed drug in the United States.

Or Teflon, discovered in 1938 by the Dupont Company the military found small levels of Teflon useful in artillery shells and in the production of nuclear material for the atomic bomb.  However, as great as the product was, there did not seem to be any consumer use for it until 1954 when scientists discovered that it adhered to aluminum and French engineer Mark Gregoire began selling the world’s first non-stick cookware.

Or duct tape, created by Johnson and Johnson at the request of the United States military to keep ammunition cases dry during World War II.  The three-layer tape was made with a “mesh” between the two outer layers.  The “mesh” made it stronger than any tape ever used before and it did a great job for the military.  After the war, many ex-GI’s were busy building homes and discovered that the military tape was great for use in holding together heating, ventilating, and air-conditioning ducts.

That brings me to my point for this article and that is the growing solar fields across the United States.  As I drive on the interstate highway system in Minnesota I see many such fields as I approach population centers.  These fields are in farm fields where the land owner receives an annual rent for leasing the property.

It works out pretty well with one problem. . . the fields are quite a distance from where the energy will be used and the energy companies waste some energy in getting that energy field to the end consumer.  In essence, the increased use of solar can be more efficient the closer it is to the end user.

Well, in the populated Northeastern part of the United States, a company named Verogy is working on bringing that solar field closer to the populous.  How they are doing that also gives economic hope to an area of the death care industry that has seen a slow down.

Verogy, according to this article from WBUR public radio, is leasing unused cemetery ground space for their solar panels.  The article makes the point that many cemeteries have seen revenue decreases due to the increase in cremation over earth burial and have both a need for the revenue a ground lease can provide as well as unused portions of their cemeteries large enough for a solar field to be put in place.

One thing that is of note to me is that in many large metropolitan areas, an unused wing of a cemetery may be the only area with 12 or so acres undisturbed and undeveloped with the space to accommodate a solar panel farm.

As pointed out in the article, solar companies seem to be happy with a 20-year lease agreement as, at least from my perspective, they understand that solar technology may change over twenty years and they may not need as large a field and cemeteries that have a long life-span seem content that they can earn this income for the next twenty years and then have the option of returning the land to what it was intended for, graves, if the market for permanent memorialization returns in the future.

You have to hand it to American ingenuity.  And, this certainly could be a badly needed revenue source for some cemeteries.