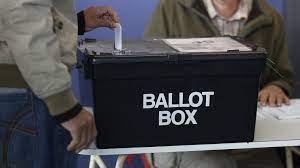 We’ve written about the problem before in this forum.  “The problem” being the lack of revenue for historic city and association cemeteries since the country’s cremation rate increased to a majority of dispositions.   The increase in cremations has decreased cemetery sales in full body burial lots and interment fees. . . .as a matter of fact, many cemeteries are worried about being able to pay the upkeep bills just to keep the cemeteries open.

In California, as you can see by this article voters in Exeter, Farmersville, and surrounding towns are going to be able to cast a vote to impose a per parcel tax to “prevent three cemeteries from closing and preserve local history.”

The vote will be during the Primary Election on June 7 and residents will be asked to impose a $35 fee on every land parcel in the district to annually raise money for the cemeteries.  With 8,200 land parcels in the district, the tax would raise about $287,000 annually.  Proponents of the tax say that without passage, the cemeteries will only have enough funds to operate for about five years.

According to the article, the cemetery district started losing money when they lost $61,000 in 2008.  They lost money every year from 2008 to 2020 — an aggregate total of about $800,000, until they turned the corner to profitability because of the pandemic in 2021.  That profit of $152,000 is evaporating as, since June, burial sales and interment numbers have returned to their pre-pandemic averages.

Board member Ron Faulkner is quoted in the article,  “We’ve cut everyone you can cut and there isn’t anything left to cut.  If someone has a better idea I sure wish they’d have shared it by now.”

The cemetery district does have an endowment fund with a $463,000 balance.  But even at a 5% return, that provides only about $23,000 in working funds making the cemeteries reliant on lot sales and interments, if they cannot pass the tax parcel initiative.  Again, according to the article, the Cemetery District has an approximate $300,000 annual budget.

Faulkner also stated in the article, “We have asked people for ideas in the past and we have tried everything.  This is our best shot at keeping these cemeteries alive.”

Funeral Director Daily take:  The cemetery problems of the people in this California county are multiplied by hundreds, if not thousands, of small cemeteries across rural America.  Some are fortunate and have large enough endowment funds or active churches supporting them. . . but most don’t.

These cemeteries always supported themselves when America was a 75-90% earth burial country, but the advent of cremation and its corresponding lack of permanent memorialization has wreaked financial havoc on these properties that they never anticipated a generation ago.

Many, like the Exeter Public Cemetery District, are fighting back and trying to implement ways to increase revenue with columbariums and scatter gardens or like Exeter, proposing a tax.  A lot of cemeteries, however, are floundering. . . .with one of the problems being lack of new, young leadership joining these boards.

It’s definitely a problem looking for a solution.